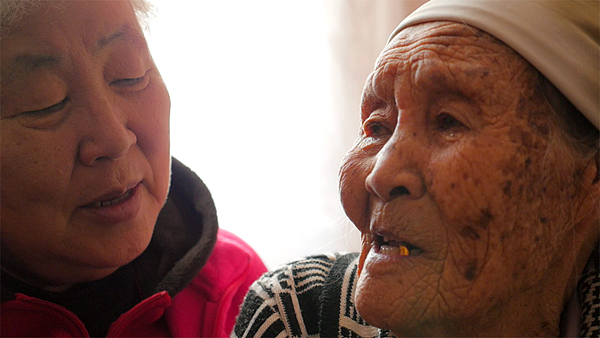 Sound of Nomad: Koryo Arirang (All)

Showcased at the DMZ International Documentary Film Festival, this documentary directed by Kim Jeong is about the divas Bang Tamara and Lee Ham-deok, who performed and consoled the Goryeoin (also spelled Koryoin) - which refers to ethnic Koreans in the former Soviet Union. Lee and Bang toured countries like Kazakhstan, Uzbekistan and Moscow, Russia, and their performances were major events for the Goryeoin.

Bang, who inherited beautiful voice from her Russian mother and Goryeoin father, and Lee, who has performed more than 100 roles, has consoled the Goryeoin from their loneliness from living overseas.

Pirates of the Caribbean: Dead Men Tell No Tales (12)

Johnny Depp returns as Jack Sparrow, the Captain of the Black Pearl, in the fifth installment of the big-sea adventure series, Pirates of the Caribbean. The previous films have depicted the adventures of Jack and his crew as they set off to recover the heart of Davy Jones, team up with blacksmith Will Turner, played by Orlando Bloom, to rescue the love of his live, and embark on a quest to find the fountain of youth.

In this movie, Captain Jack Sparrow goes on a search to find the Trident of Poseidon, which is a powerful artifact that bestows on its holder the total control of the seas. He is chased by his old foe, Armando Salazar, played by Javier Bardem, who is a powerful pirate hunter.

Along with his Spanish Navy crew, who has escaped from the Devil’s Triangle, he is now trying to kill every pirate at the sea, most notably Jack.

To get the Trident Of Poseidon, Captain Sparrow has to collaborate with Carina Smyth, played by the British actress Kaya Scodelario, a beautiful astronomer, and Henry, played by Brenton Thwaites, who is a young sailor in the Navy.

Will Captain Jack Sparrow succeed in getting the Trident and save his life from a formidable foe?

This Japanese romance film is a time-travelling romance flick about Riku, played by Kentaro Sakaguchi, who discovers a mysterious record on a turntable that can turn back time. He uses the record to be reunited with Aoi Hinata, (Miwa), who is his first love that he has known since childhood.

Not the type of person who is into fame or money, the first person to come to Riku’s mind is Aoi.

She is a college student who is in a rock band with Riku and other friends called the “The Stroboscorp.” One day, the band has a live performance at a summer festival, but it doesn’t go well, and Aoi runs away. While on the road, she is badly hurt from a traffic accident. When she wakes up, she finds herself transported to a week before the accident.

This heartfelt romance is written by Ohshima Satomi, who wrote 2005 Japanese TV drama “1 Liter of Tears,” which is about a girl diagnosed with an incurable degenerative disease. 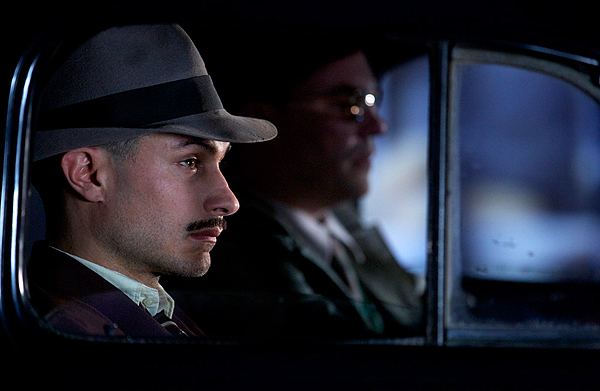 Winner of the Nobel Prize for Literature in 1971, Neruda (Luis Gnecco) was the pen name and later the legal name of the Chilean poet-diplomat and politician Ricardo Eliecer Neftali Basoalto (1904-73).

After he has publicly and violently denounced the regime of the Chilean president Gabriel Gonzalez Videla (Alfredo Castro), he becomes an enemy of the state and a fugitive in his home country in the late 1940s for joining the Communist Party.

He is forced into political exile and fled to Argentina and then to France. Neruda flees with his Argentinean painter and aristocrat wife Delia, played by Mercedes Moran, and they are being chased by police inspector Oscar played by Gael Garcia Bernal. Meanwhile in Europe, many people, including legendary artists led by Pablo Picasso, demand the freedom of Neruda. Ironically, as his life becomes more and more secluded, Neruda becomes an international hero, and even Oscar becomes fascinated by Neruda’s pieces. 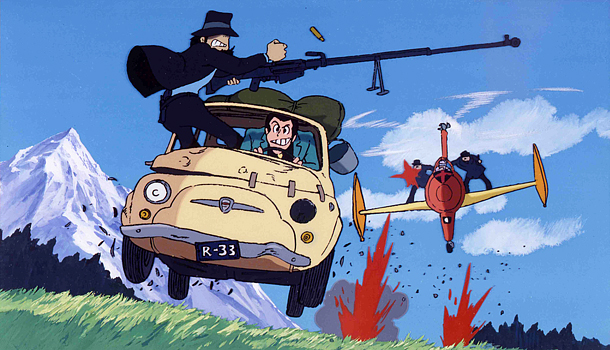 From the creator of legendary Japanese animations like “My Neighbor Totoro,” ”Kiki’s Delivery Service,” “Princess Mononoke” and “Spirited Away,” this is another animated film from the famed animator and screenwriter Miyazaki Hayao - originally released in 1979.

The film follows legendary thief Arsene Lupin (voiced by Yasuo Yamada) and his colleague, Daisuke Jigen, as they escape from a casino in Monte Carlo with a large sum of money. But he later realizes the money is actually counterfeit. While on a run, they save a young lady in a wedding dress, who was being pursued by a gang. Lupin recognizes the lady as Clarisse, the princess of Cagliostro, who will soon be married with Count Cagliostro. She soon goes missing, after leaving behind a ring. Lupin finds out that she is trapped at the Castle of Cagliostro, and at the basement of the castle, there is a factory that produces counterfeit money. To save the lady, Lupin teams up with another thief named Goemon, voiced by Makio Inoue, and Jigen.

From the production team behind the Oscar-winning “Searching for Sugar Man” comes a tumultuous rock and roll story. As former president and chairman of Marvel Comics Stan Lee put it, “Yoshiki is a musical idol” who is the co-founder of the band X Japan.

X Japan is a Japanese heavy metal band from Chiba, which was formed in 1982, and is deemed as one of the first Japanese bands to achieve mainstream success while on an independent label.

This documentary is about the band and its drummer, co-founder and leader Yoshiki, and the history of the band’s three-decade history.

Consisting of five members, Yoshiki, Toshi, Pata, Heath and Sugizo, X Japan has sold over three million singles and albums worldwide. Chronicling the band’s exciting and turbulent history about going through physical and mental ups and downs such Yoshiki losing his father, the film follows the band as they prepare for their gig at New York’s Madison Square Garden on October 11, 2014. 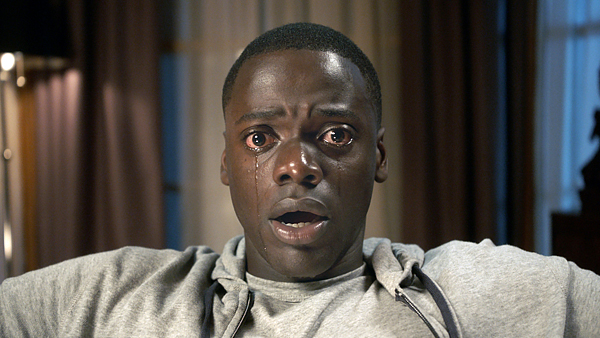 With a 99 percent rating on the Tomatometer on the Rotten Tomatoes website, and named “one of the most relevant films of the year” by The Atlantic, this horror thriller is about a black man in a white nightmare.

Chris, played by Daniel Kaluuya is about to meet the parents of his adoring girlfriend Rose (Allison Williams) for the first time and he is a nervous wreck, as she had not told them that he is black.

Arriving in the rich white suburbs, Rose’s parents seem very nice, with her Dad even calling Chris “My man” - but perhaps too nice. Chris starts to notice that something unusual is going on around the neighborhood as the housemaid and the grounskeeper, who are both black, act strangely. As the weekend progresses, disturbing discoveries lead him to a situation he would have never imagined.

At a weekend party, as he engages in awkward conversations with other guests, he first decides to act casually and socialize. However, he later decides to get out, and recalls what his friend warned him about the town. Would Chris be able to escape from this nightmare?