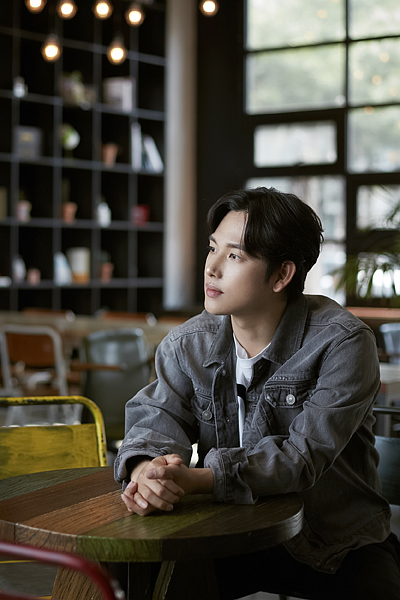 Actor Yim Si-wan sits for an interview to discuss his role in the movie “The Merciless,” which has been invited to be screened at the Cannes Film Festival. [CJ E&M]

For most actors, it takes a lifetime to make it to Cannes Film Festival, one of the film industry’s most coveted events to be invited to. But for actor Yim Si-wan, it only took five years.

Yim’s R-rated crime action movie “The Merciless,” which hit theaters nationwide on Wednesday, has been invited to be shown on May 24 at the Midnight Screening section of the prestigious film event held in the southeastern city of France.

Though Yim is not yet sure on whether he would be able to head to Cannes due to his tight shooting schedule for the upcoming historical romance drama “The King Loves,” he said he is “very much willing to visit the event if the situation allows.”

Directed by Byun Sung-hyun (“My PS Partner”) and co-starring Seol Kyung-gu (“Public Enemy Returns”) and Kim Hee-won (“The King’s Case Note”), Yim plays an undercover cop named Hyeon-su, who forms a deep relationship with Jae-ho, (Seol) who works as a part of a drug smuggling ring. 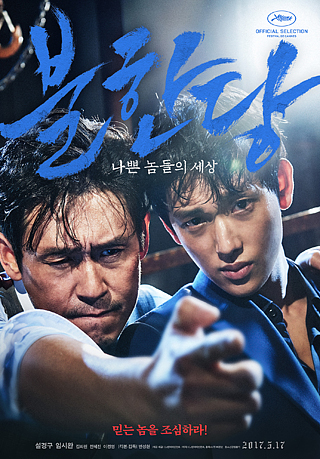 The 28-year-old initially entered the entertainment industry in 2010 as a member of boy group ZE:A. Yim, however, extended his career to acting through his role in 2012’s historical romance drama “Moon Embracing the Sun.”

The actor rose to stardom in the 2014 webtoon-based series “Misaeng.” Though he has mostly played upright characters, his roles became more diverse after “One-Line,” in which he plays a bank scammer.

He deviated even farther from his clean-cut image in “The Merciless,” which will be his last film before he begins his mandatory military service.

“As soon as I read the script for [‘The Merciless], I was attracted to the movie. And I knew that it was the kind of a film that I would want to watch, even if I wasn’t in it,” Yim, who says he loves noir, said during a recent interview held in Samcheong-dong, central Seoul. “It is a movie that I would watch while enjoying a drink.”

Despite how attracted he was to the script, Yim was initially not sure whether he should get on board with the project.

“Though I truly enjoyed the script, I was not sure whether I had the capacity to pull off the role. I thought it would have been better if I were offered the role a few years later because I didn’t think I was ready to pull off Hyeon-su’s emotions,” Yim said.

However, the director’s suggestion to depict Hyeon-su as a bright character in the beginning as well as his coming of age after experiencing a heartbreaking incident is what convinced Yim to join the film. “It was a kind of a character that I found comfortable portraying. I haven’t enjoyed shooting a film more than I have this one.”

Still, he was not fully satisfied after watching the final product and found himself thinking, “How come my action scenes look so weak, and why are there so many shortcomings in my acting?”

“These are the kinds of questions that I think will continue to bother me [throughout my acting career]. But despite that, I fully enjoyed the movie, and I believe that the two hours audiences spend watching the film will not be regarded as a waste,” Yim added.

When choosing which films to star in, Yim says that he does not have specific standards.

“I had hoped to set the standard of what is a good film and which isn’t. However, I still haven’t figured out an answer for that. In fact, trying to set standards on which to evaluate works itself may be a foolish endeavour,” Yim said. He went on to further explain that, “For now, I believe a script that leaves an impression is the kind of movie that would be best for me to join.”