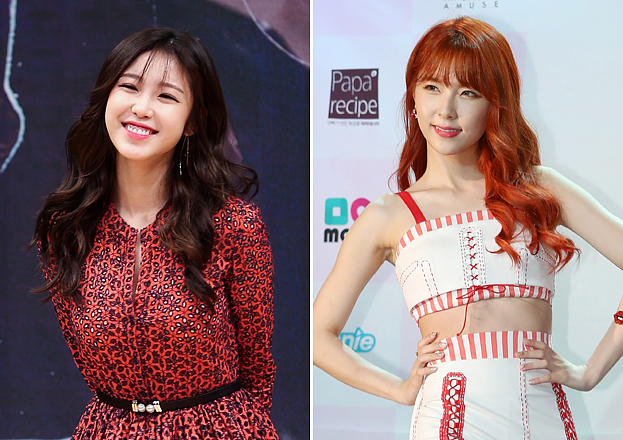 Celebrities have come out to commemorate the Gwangju Uprising, which started on May 18, 1980 and led to hundreds of casualties.

Jun Hyo-seong, a member of girl group Secret, pictured left, uploaded an illustration of a chrysanthemum, a symbol of mourning, along with a caption that read, “We will never forget your sacrifices to achieve democratization.” SBS sports announcer Bae Seong-jae uploaded a photo taken during the uprising, with the caption, “Thank you.”

Celebrities welcomed news that the song “March for the Beloved” was being sung en masse during the May 18 commemoration ceremony for the first time in nine years. The song became a symbol of the Gwangju Uprising and the fight for democracy. In 2009, the government stopped requiring all participants to sing the song at the ceremony.

Singer In Ho-jin of the band Sweet Sorrow uploaded the lyrics to the song, and said, “It’s the 37th anniversary [of the uprising]. Let’s open up a new future on a good day.”

Member of the girl group Nine Muses, Hyemi, pictured right, also uploaded the lyrics to the song, saying, “It is finally legal to sing this song in nine years. I’m overwhelmed.”