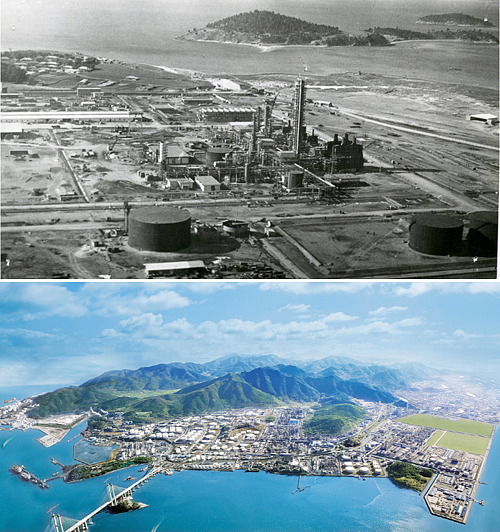 “Through continuous innovation over the last 50 years of business, we have grown into a leading energy company in Korea,” said Huh Jin-soo, CEO of the local oil refiner at a 50th anniversary commemorating ceremony held at the refiner’s headquarters in southern Seoul Thursday. “During that time we have contributed to the nation’s economy by growing into an export-centered company rather than focusing only on the local market.”

According to the nation’s second largest oil refiner, 71 percent of its revenue last year was earned from exports. That’s a big jump from 23 percent in 2000. In 2012, the company was the first local refiner to surpass $25 billion in export sales.

Such growth was possible through aggressive investment in facilities to expand production capacity. 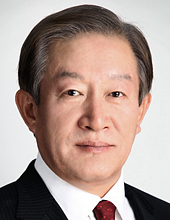 From 2000 through 2016, the company invested roughly 11 trillion won ($9.9 billion) in expanding production facilities for petrochemicals such as aromatic compounds and paraxylene, a chemical essential to making plastic bottles and polyester, and add facilities for higher value added petroleum products.

The total amount of oil refined at the company’s Yeosu Refinery in South Jeolla amounts to 8 billion barrels through last year. If put in 200-liter oil drums, the drums could circle the Earth 140 times, according to the company.

Another contribution to expanded exports is toll manufacturing, which refers to a company processing raw materials or semi-finished goods for another company. In 1981, when global oil refiners were hit by a global oil crisis, GS Caltex started toll processing, which helped the company secure crude oil and also establish an export market.

“Toll processing became a milestone in turning Korea, where not a drop of oil is produced, into a petroleum product exporter,” the Korean oil refiner said in a statement.

Through such efforts company’s revenue grew from 1.2 billion won in 1968 to 25.77 trillion won last year.

The new challenge for the company is future growth engines.

The latest efforts to find future cash cows is the establishment of a special team dubbed “we+dea,” which means “we add ideas,” and a future strategy team.

We+dea is reviewing ways to diversify the company’s business portfolio and tap areas related to cars such as electric vehicles, self-driving cars and the car-sharing business. The future strategy team is analyzing market conditions to prepare long-term strategies and find innovative business models.

The company has been researching biobutanol manufacturing technology for the last decade. Biobutanol is butanol from biomass. The company already obtained over 40 patents in the area. To test the feasibility of the business, GS Caltex started construction of a biobutanol demo-plant last September, which will be completed this year.