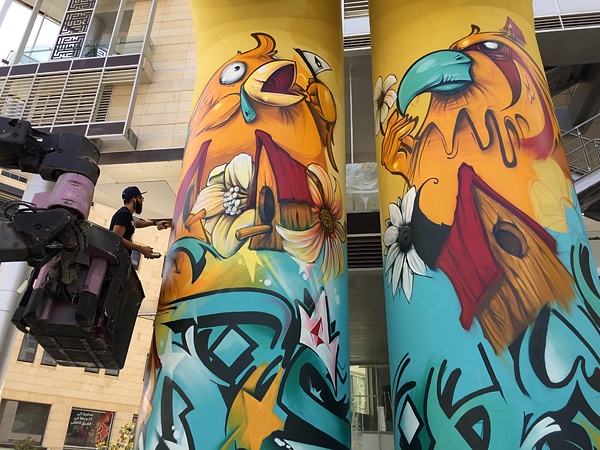 AMMAN, Jordan - Beige is the color most often associated with Jordan’s capital.

Graffiti artists armed with spray cans and paint have been trying to liven up monochrome Amman.

The artists from Jordan, Canada, Iraq, Saudi Arabia and the United Arab Emirates created colorful scenes on the city’s walls and columns on Thursday.

It’s part of a festival known as “Baladak,” or “your country,” that began five years ago.

Aya al-Nabulsi, head of the festival, says this year’s theme was “me and you.” She says it’s about joyful acceptance of others and that “all our murals this year reflected this topic.” AP