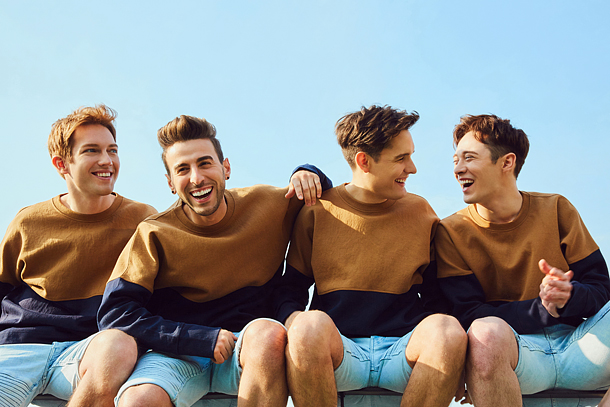 Boy band EXP Edition is an experimental K-pop group that was formed in New York. Though none of the members are Korean, they wear Korean clothes and sing in the Korean language.[IMMABB]

What defines K-pop? Some may define K-pop as a genre that is performed by Koreans in the Korean language. Though that used to be true, that definition no longer stands.

Almost half the members of Twice, currently one of the most popular girl groups, are either from Taiwan or Japan. Boy band Got7 members come from a number of different countries, including the U.S. and Thailand. As a result, the definition of K-pop has become broader over the last few years. Recently, the definition of K-pop has gone even further, labeling acts that sing in the Korean language as K-pop groups even if there is not a single Korean member.

There have been several experimental projects in the K-pop genre. On April 17, EXP Edition, a boy band consisting of an American, Croatian, Portuguese and a Japanese-American, dropped a single, “Feel Like This,” which has received 155,000 hits as of Wednesday. Though members of the group are not Korean, they sing in Korean while dressed in Korean fashion.

Their singing and performance was not very different from other K-pop acts when the group staged a performance on the music program “M Countdown,” naturally singing lines like “hold my hand until thunder stops” and “Please tell me I’m your everything” in Korean. 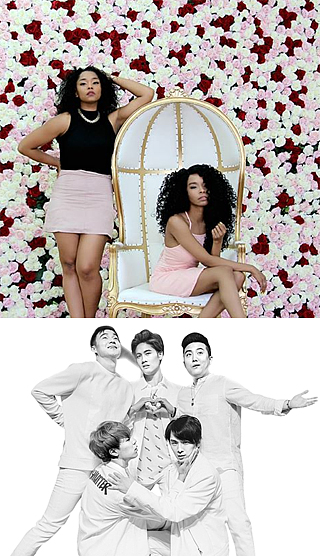 As the title implies, EXP Edition was an experimental group that began in New York. In 2014, Kim Bo-ra, who was majoring in modern art at Columbia University Graduate School, launched a new company, “I’m Making A Boy Band,” with two other foreign friends who had a deep interest in K-pop. The three held auditions to develop talented foreign members that could become part of a K-pop male act.

“We started off with plans to make a documentary,” said Kim. “But as responses to the single in the U.S. were better than we had expected, the group extended their activities to Korea. I think a growing number of people are supporting such efforts that connect different cultures.”

Such phenomenon shows that K-pop has become a firm genre characterized by a number of styles.

“The reason for having the idea of creating K-pop groups without Korean members is proof that K-pop is being approached as a genre with several [symbolic] features like the style of the music videos and make-up,” said Professor Hong Seok-gyeong from Seoul National University.

Hong added, “It is a positive sign in terms of market expansion and cultural exchange,” meaning that K-pop can be re-imported into Korea from foreign countries.

There is more diverse content on YouTube. Japanese-American Ryan Higa, a popular YouTube personality with more than 19.6 million subscribers, announced the creation of the five-man boy band BgA (Boys Generally Asian) in May last year. Though the members are not experts at singing or dancing, they pull off their unique Big Bang-inspired style. Though three out of the five members are ethnically Korean, they are depicted as being not so good at speaking the language.

BgA’s first song “Dong Saya Dae,” which translates into “I need to poop” in Korean, had more than 100 million hits in total. Their new song, “Who’s it Gonna Be,” which dropped in March, also topped the K-pop chart iTunes within two hours of its release, beating out songs by popular K-pop groups like GOT7 and Monsta X.

Michael Hurt, an assistant professor at Hankuk University of Foreign Studies, explained that as much as K-pop has its roots in African American music, it is likely for “cultural appropriation” to occur within the genre. According to Hurt, T-pop and V-pop, pop music from Thailand and Vietnam respectively, are rooted in K-pop.

But K-pop turns out not to be so open, especially when it comes to race.

Though the genre is open to those with similar skin tone or cultures, it becomes quite exclusive to those lacking these physical attributes. African-American rapper Alexandra from K-pop female act Rania and African-American K-pop R&B duo CoCo Avenue both get relatively less attention than similar ethnically Korean acts, proving the racial bias.

Whether these so-called K-pop groups that consist of non-Koreans should be called K-pop still remains a controversy, as 90 percent of survey respondents said that EXP Edition cannot be labeled as such, according to BuzzFeed.

“People expect more than music when it comes to K-pop. They expect a diverse performance and music video that comes from a polished system,” said Professor Oh In-gyu from Korea University.

“The humor of BgA is highly appealing to those who have had a cynical stance on K-pop. So their popularity is likely to be temporary, meaning that not much profit will be earned out of the group,” Oh added. “In order for [K-pop] to yield long-term global success, it might be a good idea to set headquarters [of the business] abroad so as to find and nurture talented [foreign K-pop groups].”