Sales at duty-free shops inch up

Sales at duty-free shops inch up 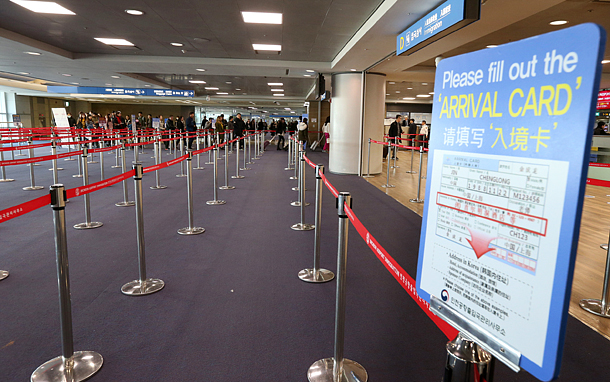 The increase gap isn’t large, but the uplift is a positive surprise for operators that expected sales to retreat amid frozen relations with China after Korea deployed the U.S. antimissile system known as Thaad. Beijing halted group tours to Korea on March 15. At the time, most duty-free operators were expecting the consequent blow the following month.

Their concern was partly correct: The number of Chinese tourists to Korea in March declined 40 percent year-on-year and April’s visits, although not yet tallied, are expected to have plummeted further.

One possible explanation of the unexpected outcome is the increase of daigou, or personal shoppers that purchase commodities overseas and resell them to customers in mainland China. “The contributor that kept local duty-free operators’ sales afloat is individual shoppers and especially daigou,” said one industry source.

This form of transaction is not confined to professional businessmen, but also young Chinese who are increasingly conducting business through Weibo, China’s version of Twitter, and mobile messenger WeChat.

Chinese tourists who travel multiple times in Korea can easily get into the business by buying cosmetics from Korea and reselling them when they return home.

The increase of daigou is partly due to the Chinese government’s decision to ban group tours to Korea.

In fear of dropping sales, local duty-free operators and tour agencies strengthened marketing and promotion targeted at daigou. When group tours were at their peak, competition to find popular products was fiercer. But after their disappearance, daigou were able to shop in a more comfortable environment, easily obtaining high-premium goods that were frequently sold out in the past.

However, a new problem emerged - as the importance of daigou rises, the commission they receive from duty-free stores is rising as well. Duty-free stores pay tour offices around 10 to 20 percent of sales earned from daigou. Tour offices receive this money and pay part of this fee to daigou.

“The payback rate for daigou is relatively high because they normally purchase in large sums,” said a travel agent who specializes in Chinese clients. “There was a case where the tour agency received 22 percent and paid back 20 percent to daigou.”

This commission rate is a major reason this form of transaction is increasing among Chinese tourists. The commissions duty-free stores paid agencies in return for bringing tourists were 967 billion won last year, accounting for 10.9 percent of annual sales, according to the Korea Customs Service.