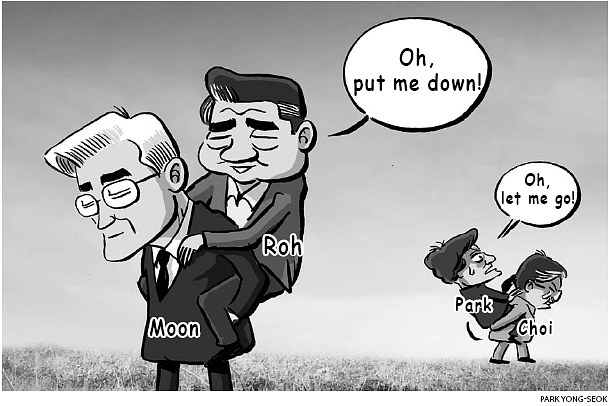 While President Moon Jae-in tries to uphold the legacies of his former boss and president Roh Moo-hyun, Park Geun-hye is trying to separate her connection with longtime friend Choi Soon-sil from her presidency. Park even didn’t look at her during Tuesday’s trial over an abuse of power scandal involving them both.