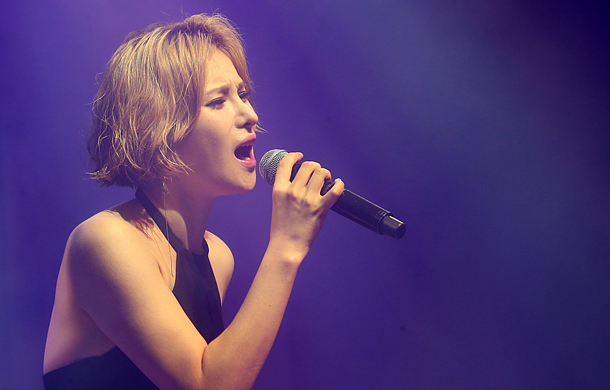 June 10-11: One of the most powerful R&B female vocalists in Korea, known for her heartbreaking and sorrowful voice, Gummy is having a national tour with her fifth album, which is being released next month.

This is her fifth full-length album, following “Comfort” released in 2008. R&B rapper Gil is in charge of the producer on the album.

After her concert in Seoul the tour will move around the country including shows in Daejeon, Daegu, Gwangju and Busan.

May 25: Rated as one of the top-three representative orchestras of France, along with Orchestre National de France and Orchestre de Paris, this orchestra is visiting Korea for the first time in four years. The former music director for Orchestre Philharmonique de Radio France was Chung Myung-whun, and his successor is Mikko Franck, a Grammy award nominee. Korean classical pianist Son Yeol-eum, the second prize winner at the Tchaikovsky International Piano Competition in 2011, will join Franck on stage.

May 31: One of the most powerful singer-songwriters from the U.K., known for his expressive lyrics and mellow voice, is coming to Korea again for the fourth time.

He debuted in 1977 as the lead singer and bassist for the band The Police and became a solo artist with the album “The Dream of the Blue Turtles” in 1985. He is now back with his latest album “57th & 9th,” which was released last year.

It will be a small-scale event with only 400 seats available. Joe Sumner and The Last Bandoleros will join Sting on stage as special guests.

June 2-4, 9-11: One of K-pop’s biggest boy groups, 2PM, is hosting a string of concerts for fans. The JYP Entertainment group, known for hits like “10 Points Out of 10” and “Again & Again,” is returning to the stage with Jun.K, who is now fully recovered from injuries sustained during their previous concert series.

Along with the Korea Coop Orchestra, conductor Christian Schumann, pianists Lee Dae-wook, Cho Jae-hyuk and Alexander Sinchuk will also be on stage.

Born in Taiwan and raised in Australia, Chen has appeared with leading orchestras around the world such as the London Philharmonic and the National Symphony Orchestra.

June 17-18: Boy group Shinhwa is hosting a concert to celebrate the 19th anniversary of its debut. Having debuted in 1998, Shinhwa is deemed to be one of the longest running boy bands in the history of K-pop, combining dance and hip-hop in their music. Their latest album was released in January, “13th Unchanging-Touch.”

May 26-27: As The Times of London put it, “If any artist has defined the decade, it’s Wayne McGregor.” The U.K.’s top choreographer is coming back to Korea for the first time in 12 years. Since he became the resident choreographer of the Royal Ballet in 2006, he has created works for the world’s top ballet and dance companies.

After establishing his company in 1992, he has produced more than 30 pieces. He is known for trying out experimental and progressive works based on science and technology.

First premiered four years ago in London, the theme of this performance is the atom. Viewers wear 3D glasses, as 3D graphics with vivid colors and geometric patterns are shown throughout the performance.

The performance starts at 8 p.m. on Friday and 5 p.m. on Saturday. 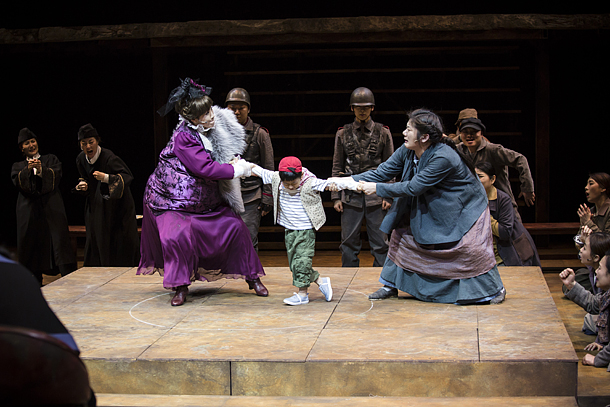 After staging a sell-out premiere two years ago, the National Changgeuk Company’s Korean traditional opera performance of “The Caucasian Chalk Circle” is coming back to the National Theater of Korea. [NATIONAL THEATER OF KOREA]

June 3-10: The National Changgeuk Company’s sell-out performance “The Caucasian Chalk Circle” is coming back two years after its successful premiere. This changgeuk (Korean traditional opera) performance, based on the renowned play of the same title, is a stunning collaboration with Korean-Japanese writer and director Chong Wishing, who gained attention for his previous work “Yakiniku Dragon.” 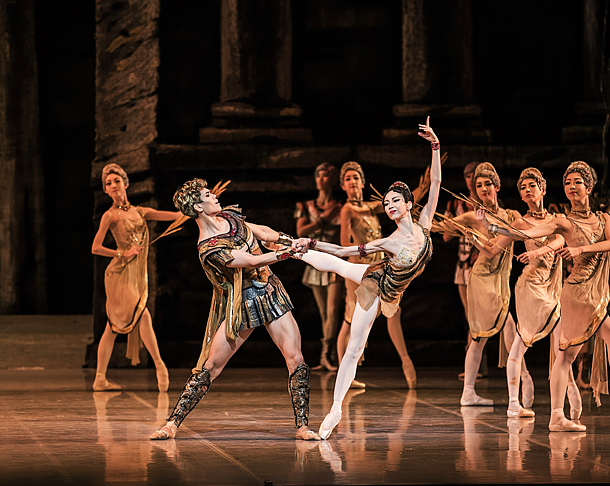 May 27-28: The Seoul Jazz Festival returns to Olympic Park for its 11th year. The acts getting top billing at the festival include funky synth-pop duo HONNE, Grammy-winning jazz singer Dianne Reeves, and R&B band Tower of Power. Acid jazz band Jamiroquai were expected to headline but pulled out this week.