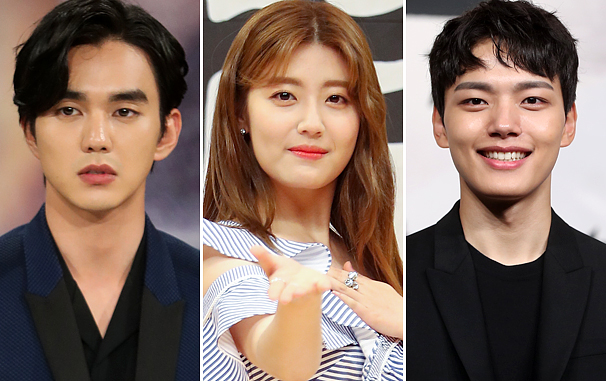 In recent years, the movie and television drama industry rued the lack of good actors in their 20s. Many people in the industries worried about the young actor pool “drying up.” However, actors that debuted as child actors more than a decade ago have now grown to play protagonists in dramas and movies. Some of these actors in their early 20s boast more than 10 years of experience under their belts.

Coincidentally, the actors Yoo Seung-ho, Yeo Jin-goo and Nam Ji-hyun all featured in 2011 SBS drama “Warrior Baek Dong-soo,” and six year later, they are all leading actors in their own rights.

Yoo played the protagonist in the 2015 drama “Remember: War of the Son,” which earned viewer ratings of over 20 percent.

Yeo hit consecutive home-runs with “Orange Marmalade” (2015) and “Jackpot” (2016) and hopes this year’s “Circle” can reach similar heights. He plays the protagonist.

Nam will attempt to reproduce her success in the 2016 drama “Shopaholic Louis” with the upcoming “Suspicious Partner.”

Actress Go Ah-sung, who featured in Korean blockbusters “The Host” and “Snowpiercer” as a child actress, came back as a mature female actress in 2015 with “Heard it Through the Grapevine,” and in the recently finished drama, “Radiant Office,” in which she was critically acclaimed.