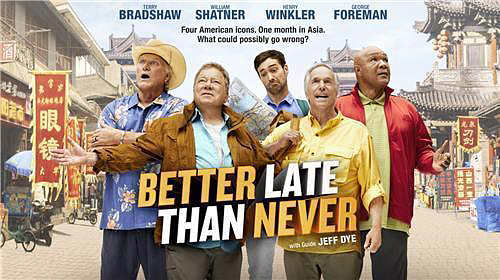 The network tvN said it has sealed a deal to export the format of “Grandpas over Flowers” to Italy and Turkey. In 2014, the same program was sold to the U.S. as the first Korean variety show to be exported to the country.

The show, which aired on tvN from 2013-15, features four veteran actors in their 70s and 80s going on backpacking tours.

The network is in talks with Poland and Israel for more possible deals, the network said.

The Italian version, titled “Meglio Tardi che Mai,” which translated as “Before It is Too Late,” began broadcasting on Monday, and the Turkish “Dunya Guzellerim” or “My Beautiful World” will air this summer. The cast of the Turkish show is all women.