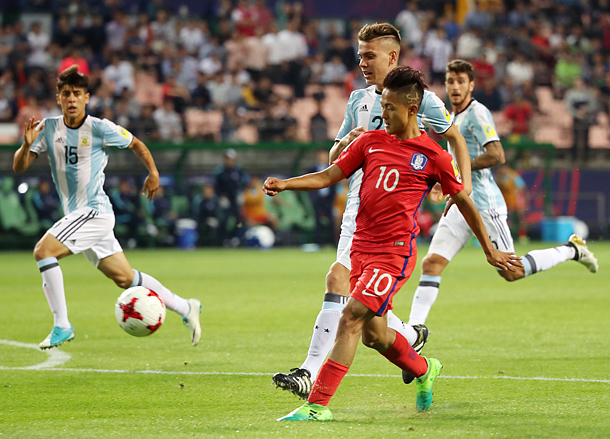 Before heading into a knockout round, the round of 16, Korea will face England.

If Korea does win another group match against England, they will be setting another record in Korean football, becoming the first team at the World Cup to sweep all of its group matches. However, the team’s star forwards, Lee Seung-woo and Paik Seung-ho, will not be leading the Korean offense this time around.

Korea, 43rd in the world, has been one of the biggest upsets at the U-20 World Cup, ranking first in Group A, which was considered the group of death when they were first assigned. Based on the numbers, if Korea wins against England it will be another upset, as they are ranked 13th in the world. 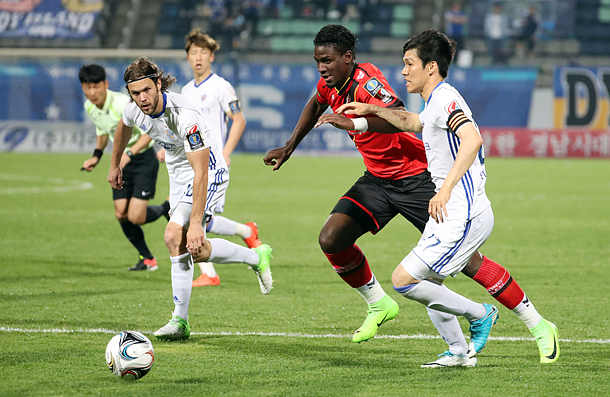 FC Seoul, considered the most likely team to win another K-League Classic title, is struggling heading into the K-League’s 12th week, dropping to seventh among 12 teams.

They are the same team as last year except for Carlos Adriano, who was Seoul’s top striker last season. The absence of one player is damaging the team significantly. He was eliminated early in the AFC Champions League and the team hasn’t won a K-League Classic match since May 3.

As expected, Dejan Damjanovic has been leading Seoul in offense, scoring a total of eight goals this season. Following Dejan, Park Chu-yong is among the top of Seoul’s scorer with four goals.

Saturday’s match at home will be a good turning point for Seoul to shift its K-League standing. 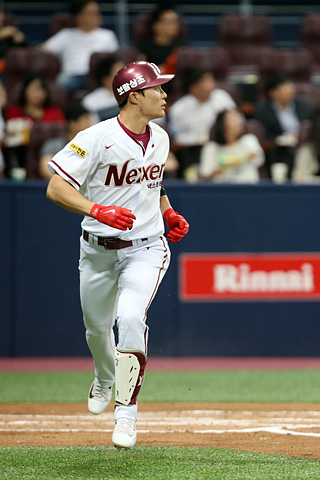 After three games with the KT Wiz at home, the Samsung Lions will travel to Seoul over the weekend with the hope of getting somewhat closer to the Hanwha Eagles, who are second to last in the KBO. After being the team that had the most number of wins last week, they struggled this week, losing two of their three games against the KT Wiz.

Unlike the other teams in the KBO, the Nexen Heroes and the Lions had a pretty rough week, with more losses than wins.