Rookie actress on her rapid rise : A meeting on the street launched Chae Soo-bin's career

Rookie actress on her rapid rise : A meeting on the street launched Chae Soo-bin's career 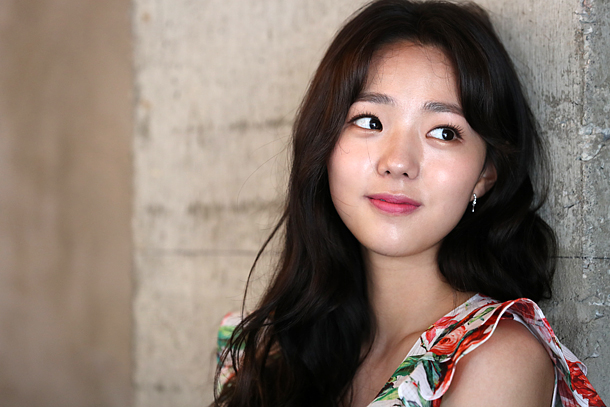 It has been only three years since actor Chae Soo-bin of the recently ended TV drama “Rebel: Thief Who Stole the People” made her debut in entertainment. However, it seems like she hasn’t rested since then, taking lead or supporting roles in more than 10 TV dramas and movies.

But the actor in her early 20s is ambitious and passionate, and continues to book work.

“I actually feel nervous when I don’t work,” said Chae, in an interview with Ilgan Sports, an affiliate of the Korea JoongAng Daily. “Good opportunities come to me one after another, I just don’t want to miss anything. I’m happy.”

Different from many other aspiring actors who are trained when young, Chae entered the industry after a casting director spotted her on the street.

Chae said she wasn’t that noticeable, as she didn’t take much time to make herself look prettier.

She shared her story of how she got a chance to act and what she’s making of her career. Edited excerpts follow:

Q. Did you really get cast when you were in high school?

A. As I was going home after school, a man gave me a business card and asked whether I was interested in acting. He mentioned actress Bae Jong-ok, who I really respect. My mom kept in touch with the CEO of the casting agency and when I turned 20, I said I would do it and that led me to come here. Being an actor was a dream that didn’t seem could come true. It is a job that I thought was so cool and that really came true.

How do you like it now after you’ve experienced the industry for some time?

I didn’t know how the filming process was done. I thought the filming of scene goes chronologically (as the audience sees it in the final cut), but the actual filming is going back and forth with scenes so it was difficult.

Did you know that you would make it in the industry?

I didn’t know. I really had low expectations. Things worked out well fast. Whenever I took an audition, I was taking it more as a lesson from which I could learn something than a chance to be chosen for a role. But thankfully I got a good opportunity early on. My parents looked down on me when I first said I wanted to act. Now, dad loves that I do this.

What do you usually do during your free time?

I just lie down reading a book or look at my phone. Then when I get hooked on something, I solely focus on that. Right now I don’t have anything that takes away all my attention, so I am trying to find it.

Do you agree with people in the industry who say there aren’t that many actresses in their 20s doing well?

That makes me feel bad. There are many actresses. No one can be perfect from the beginning. I do put my best efforts to make good work but sometimes you try and face errors. I want [others] to stay open-minded.

What are the concerns you have now?

I think a lot about how I should analyze the character I play to make the show the best. I get most stressed before work begins. I worry so much about ruining work and that’s my biggest concern.

Any role you want to try?

I can look very differently depending on how I put on makeup. I want to try many different roles, of course. And I love animals so much, so I want to do a piece in which I connect with animals.