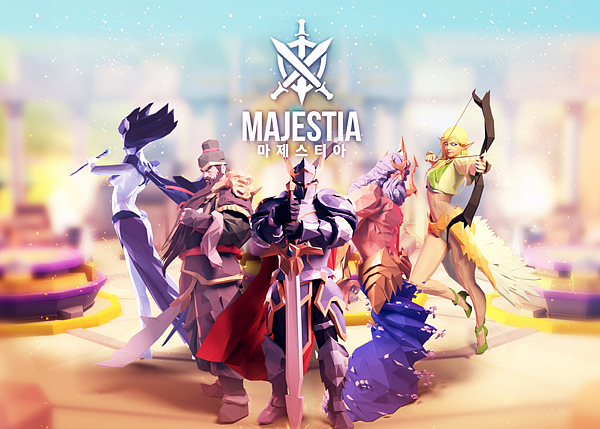 Majestia, a game developed by Tino Games and operated by Com2us, hit the global market on Thursday. It might have been a run-of-the-mill release were it not for the fact that the game was developed by Moon Jun-yong, the eldest son of President Moon Jae-in.

Majestia is a turn-based strategic mobile game where users can choose from an array of mythological and historical heroes including Zeus, Odin and King Arthur. It requires tactical plays in combat, with the choice of moves ranging from deployment of soldiers to repositioning of characters on a chessboard-like map.

The game was already out in Taiwan, Hong Kong and Macau last week and became available in around 150 countries after the launch. Even before, Majestia gained popularity largely because of the popularity of the president’s son in its development.

The younger Moon co-founded Tino Games in 2015 after receiving his master’s degree from the Parsons School of Design in New York. He is currently one of the company’s partners and was the lead graphic designer of Majestia. Many of his employees reportedly did not know he was the son of Moon Jae-in until recently when it went viral on local media.

Thanks to Moon Jun-yong, the game has gained a tremendous amount of publicity, much needed for small developers like Tino Games. The timing of the launch, though, is somewhat unfavorable. Just last week, NCsoft announced the official release date for Lineage M, a mobile-based remake of Lineage, one of the most successful games in the industry’s history. Lineage M is set to launch on June 21.

“At this point, it is too early to tell how the game will do,” said Yoo Young-jin, a manager at Com2us, the publisher of Majestia. “A game that gained huge publicity could fail completely and vice versa.”

Still, it’s good news for newcomers like Tino Games, who believe the gaming industry might benefit from the new president’s policies. During the campaign, Moon pledged to change the social perception of video games as an addiction and promised deregulation to promote the industry’s growth.