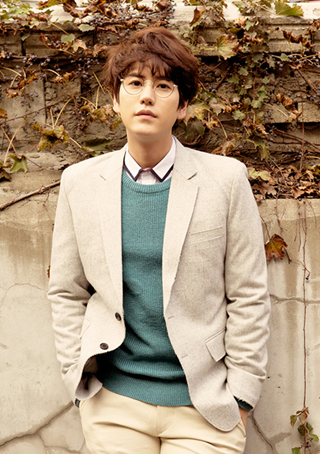 The 29-year-old singer was admitted to the Army boot camp in Nonsan, South Chungcheong, at 2 p.m. for his three-week basic military training. After his training, Kyuhyun will fulfill his duty as a commuting public service worker due to physical injuries from a car accident in 2007.

“Can’t get used to this. Don’t be sick, don’t cry and stay well!” Kyuhyun wrote on Twitter while also posting a photo of himself with his hair cut short. “Until we meet again, good bye for now.”

Kyuhyun released his digital single “Goodbye for Now” on Wednesday on the eve of the beginning of his service. All able-bodied Korean men are required to complete 21 months of military service before the age of 35.

Kyuhyun debuted in 2006 through the boy group Super Junior. Outside of music, he has also well known on TV, appearing in several hit shows including MBC’s “Radio Star.”