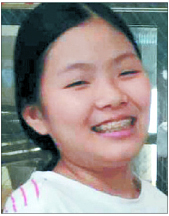 “My friends are jealous and sometimes tell me, ‘it must be great not to go to school,’ but studying at home is a constant struggle with oneself,” said 12-year-old Kim Jeong-eun, the youngest person to pass the middle school equivalency exam.

If Kim had continued attending school, she would currently be a 7th grader in middle school. Five years ago, she excused herself from school when she was in the 2nd grade and began home-schooling. She passed the elementary school equivalency exams last year, and now she has the middle school qualification under her belt.

“Home-schooling felt more suitable for her as she could choose freely to study rather than endure a jam-packed school life, as she is a child with a distinctively creative character,” said Kim Jeong-gyun, her mother. After beginning home-schooling, Kim drew out her daily routine by herself and examining the schedule became a matter of habit. Of course, she did have the benefit of a mentor, so to speak.

Kim took charge of her academic life, choosing what to study and exactly how much. In exchange, all she had to do was keep her mother up-to-date on her curriculum.

If Kim was stumped by a problem while studying, she asked her parents or her sister for help. If that did not work, she would carefully listen to online lectures until she grasped the issue completely.

“There were times when it was hard, as I stared at the studying schedule stuck in front of my desk every morning,” said Kim. “When that happened, I said, ‘I can do it,’ over and over until I felt better.”

Her mother said, “I don’t make the curriculum. Seeing my child make a plan with her own hands, I felt a greater responsibility to watch over her.”

Though Kim studies as diligently as other students do, not everyone is accepting of her pedagogical path.

“There are times when I say my child is being home-schooled and people assume she was bullied or that she couldn’t adjust to school,” said her mother. “I want an environment where we can recognize a variety of educational methods that matches a child’s individuality.”

Having graduated two years earlier than her age-peers, Kim plans to explore her career options starting this year.

“For a long time, I thought I wanted to be a shoe designer,” said Kim. “What exactly I have to do to achieve that is unclear, but I want to attend an art academy to learn how to draw, and I want to ask about the design field.”

“It seems a parent’s role is to watch over and offer advice for the child on how to live their life as they see fit,” said her mother. “The intention is to support the child in finding what they’re looking for.”

The Seoul Metropolitan Office of Education announced the 4,391 successful candidates of this year’s first elementary, middle and high school educational equivalency exams on their homepage (www.sen.go.kr) and their automated information service (060-700-1919).

The educational equivalency exams are administered by the Seoul education office every year in April and August. The passing rate for the first of two exams this year in Seoul was 81.7 percent, compared to last year’s 70.5 percent (first exam) and 80.1 percent (second exam).