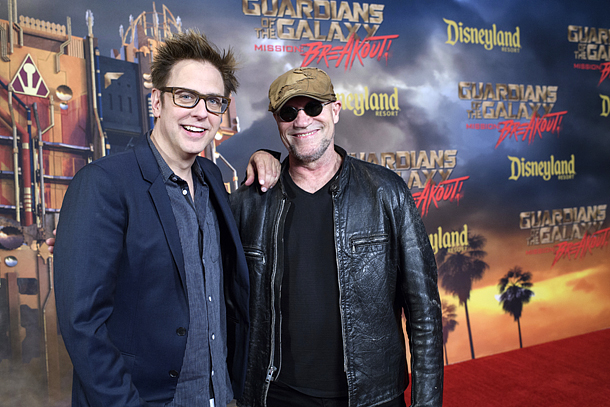 ANAHEIM, California - Stepping inside Disney’s latest theme park attraction, Guardians of the Galaxy: Mission BREAKOUT!, is like being thrust into one of the blockbuster films’ pulsating, action-packed trailers.

Music blares throughout the tower drop ride as guests are treated to a visual feast of images from the “Guardians” universe, as well as cameos by series stars Chris Pratt, Zoe Saldana and others. The motion of the ride, set primarily in a prison tower elevator, depends on which of six songs from the ’60s, ’70s and early ’80s is playing. That variety is what Disney is hoping will keep guests returning multiple times. The attraction, Disney’s first based on its slate of Marvel films, opened to the public on Saturday.

The attraction offers numerous visual and audio treats, starting with the 8-foot (2-meter) gilded statue of Benicio Del Toro’s flamboyantly-dressed character, The Collector, which greets visitors when they walk in.

Del Toro called the statue, which he saw for the first time inside the attraction Thursday, surreal. “Actually I look pretty cool in that statue,” he said. “The whole thing and then the ride, it’s a blast.”

The attraction is housed in a 183-foot (55-meter) tower that’s been transformed into a prison where Guardians characters are held by The Collector. Riders are told they are part of a VIP group touring The Collector’s latest acquisition, the Guardians, before being enlisted in a plot to help the heroes escape. The ride’s action is centered in an elevator that ascends and drops through the tower during the rescue mission.

The ride was developed with Gunn’s assistance. Through two “Guardians” films, he’s transformed the characters from little-known denizens in Marvel’s universe into household names. Gunn directed scenes with Pratt and other characters during shooting of “Guardians of the Galaxy Vol. 2,” which has earned more than $300 million in its first three weeks in theaters.