Channeling the depressed and repressed : Lee Min-ji on her breakout role as a runaway teen who befriends a trans woman

Channeling the depressed and repressed : Lee Min-ji on her breakout role as a runaway teen who befriends a trans woman 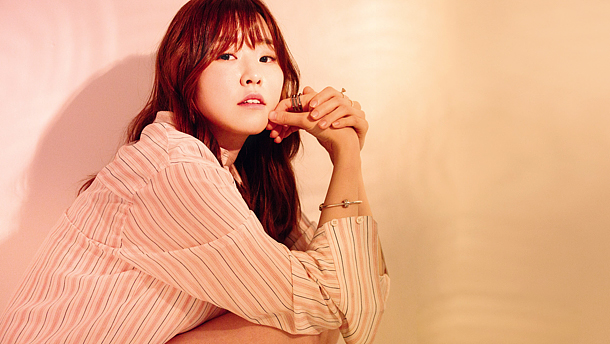 Lee Min-ji may not be a household name, but in the indie film scene she is currently one of the most sought-after actresses.

Since the 28-year-old debuted in 2009 with the short film “Nineteen in the 21st Century,” she has taken on roles big and small in a number of films. The turning point in her career was an appearance on tvN’s popular drama “Reply 1988,” which ran from 2015 to 2016 and became a mainstream hit. Though the role was minor, her character’s schoolgirl romance and idiosyncratic lisp made her memorable.

Last year, Lee was at the center of attention at the Busan International Film Festival, where she was named actress of the year for her role in “Jane.” Her co-star, Koo Kyo-hwan, was named best actor.

The film will be released in theaters on Wednesday and explores issues not often discussed in Korean society. Lee plays a runaway teenage girl named So-hyeon who is afraid of being left alone but also has difficulty getting along with other runaway teens. She finds solace in a transgender woman named Jane (played by Koo), who looks after runaway teens like So-hyeon.

Lee recently spoke with the JoongAng Ilbo about the unconventional film, her unconventional career and being caught between the indie and mainstream world. Below are edited excerpts from the interview.

Lee Min-ji, above left, stars as a runaway teen in the film “Jane,” which hits theaters Wednesday. For the role, she was named best actress of the year at the 2016 Busan International Film Festival. [ATNINE FILM]

So-hyeon is a girl who doesn’t belong anywhere. She is a loner even among runaway teenagers. She has neither a mother nor a little toe on her foot. After realizing the girl’s feelings, I couldn’t just thoughtlessly spit out my lines. Near the end of the movie, So-hyeon says, “I don’t know how to be with others,” which gave me an indescribable feeling. I tried to suppress my feelings when playing the girl, and I hope audience can feel that subtle emotion.

I simultaneously shot “Reply 1988” and “Jane.” I slept curled up at shooting locations to pull off both works. Both are very important to me. “Reply 1988” helped spread the name of actress Lee Min-ji to the world, while “Jane” functioned as a driving force for me to continue acting. When I went up the stage last year to accept the award at BIFF, I thought to myself, “I can now continue working as an actress.” It was like a dream come true for me.

On Paul Dano and Koo Kyo-hwan

I like Paul Dano from “There Will Be Blood” and “Prisoners.” Getting beat up and being incarcerated ... at the risk of sounding perverse, I find his painful acting scenes extraordinary. The way he says lines is very idiosyncratic, too.

Coincidentally, Koo Kyo-hwan also has his own unique style of acting. He speaks in a different rhythm from ordinary people. Though it may not seem like anything special, Koo is able to create unexpected tension from the lines he speaks. I envy him.

It’s okay for me to be featured ugly. In fact, thanks to the ruined look I showed in “Reply 1988,” most people tell me that I look better in real life.

I have a very ordinary look. When I get my face drawn for a caricature, [the artist] tells me that there is no special feature to my look that they can emphasize in the drawing. Although I have thought about getting plastic surgery, I’ve come to realize that my plain look is my strength. It’s like achromatic color, a face that suits moderately anywhere.

On being caught between two worlds

Now is a very ambiguous time [in my career]. In the indie scene, they think I have crossed over to commercial films, while in the commercial film industry, I’m perceived as an actress that only shoots indie movies. I think I can come and go in both.

I don’t have many work offers [right now], so I still frequently go for auditions. I most recently sent an email to the office of Hirokazu Koreeda saying I would fly over any time if I’m given a chance to audition. I wrote the email using an internet translator, but I received no response, though I’m really confident (laughs).

I have mostly played depressed and repressed characters, but films and dramas were not enough to torment me (laughs). I turned 30 this year [in Korean age]. Instead of playing roles that require wearing school uniforms, I now want to play characters that suit my age. I want to show that I’m a kind of actress who can definitely pull off emotions. Maybe something like comedy, where I can directly reveal my emotions, will be good (laughs).