EXO has a new song all about the summer

EXO has a new song all about the summer 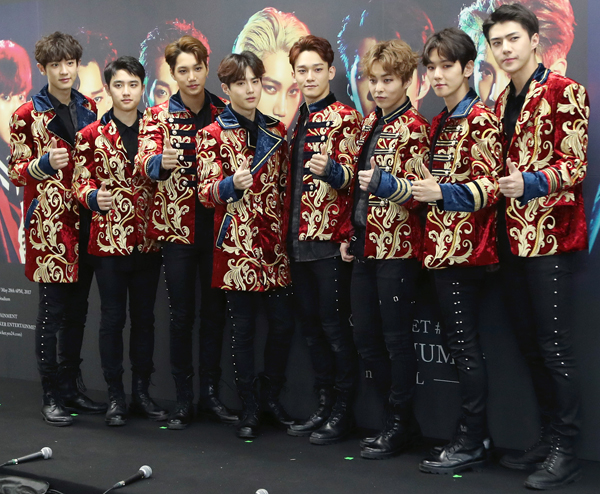 South Korean boy band EXO said Sunday it will put out a new album this summer, hinting that the lead single will have to do with something with the scorching summer heat.

“A title song has already been produced,” EXO member Baekhyun said at a press conference hours ahead of the group’s concert at the Jamsil Olympic Main Stadium in southern Seoul.

“We expect the song to hit hard in the summer season,” Baekhyun told reporters.

The two-day concert that began on Saturday marks the finale of the band’s third world tour “EXO PLANET #3 The EXO’rDIUM,” which began in July 2016 in Seoul.

EXO has traveled to 17 cities, including Los Angeles, Mexico City, Bangkok and Tokyo, and performed a total 37 shows. The band sold over 610,000 tickets. A total of 70,000 tickets were sold for the latest two-day show in Seoul.

When asked the secret to the band’s success, Baekhyun replied with teamwork.

At the end of last year, EXO garnered top honors at the Mnet Asian Music Awards, the Melon Music Awards and the Asia Artist Awards.