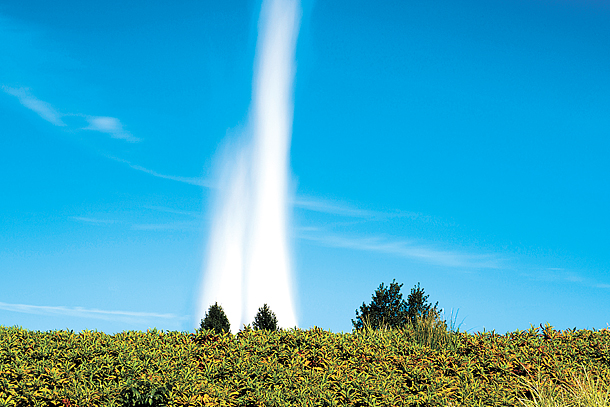 To June 14: The solo exhibition of artist Han Sungpil, 45, features 36 pieces of his latest photographic works. The title “Intervention” is also the title of Han’s new photo book published by famous German art publisher Hatje Cantz with support from the Ilwoo Foundation under the Hanjin Group.

The book and exhibits feature the artist’s photos of landscapes subtly transformed by humans. They include the scenes of human traces in polar regions, which we commonly mistake for being untouched by humans and the bucolic landscapes of French provinces where nuclear power plants ironically co-exist with nature.

To June 17: The solo exhibition features 17 site-specific works by Kim Ho-deuk, well known for his re-invention of East Asian aesthetics - in particular that of muninhwa, or philosophical paintings that consist of brush strokes in black ink and white black spaces.

The 67-year-old artist actively embraces the unique spaces of Paradise Zip, an 80-year-old house that has been renovated by famous architect Seung H-sang, as part of his art.

The best example of this is “Fullness, Emptiness,” from which the exhibition title comes.

Admission is free. The gallery is closed on Sundays. Go to Dongguk University Station, line No. 3, exit No. 1. 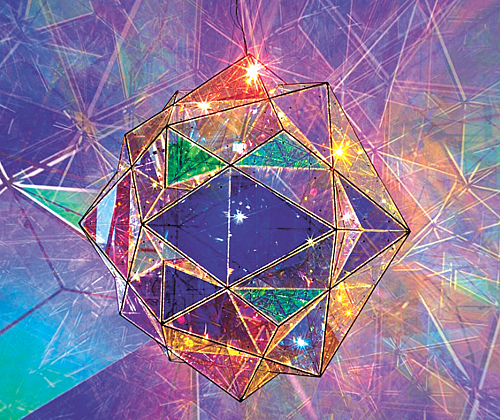 To June 20 : In this solo show, Olafur Eliasson, one of the world’s hottest artists, presents seven works based on the concepts that he has held throughout his oeuvre - playful experiments with light and other natural elements and an interest in the environment. One example is “The Exploration of the Center of the Sun.” Powered by a solar panel installed on PKM Gallery’s rooftop garden, a light turns on inside a glass polyhedron hanging from the ceiling of a room on the gallery’s first floor. The light creates an ever-changing pattern of color and light on the walls and floor.

To July 9: This is a kind of do-it-yourself art exhibition, conceived by the famous Swiss curator Hans Ulrich Obrist. He developed the idea of a flexible and open-ended exhibition format, based on written instructions by artists, just like music performances based on scores by composers. For this 2017 Seoul version of the exhibition, which has traveled to more than 50 locations worldwide since 1993, not only established and emerging visual artists but also choreographers, a community of chefs, a sociologist and the general public have created works based on 44 of the 250 instructions accumulated through the exhibition’s travels.

In addition to the team of the people selected through the public invitation process, the exhibition is open to the wider public online (ilmin.org/do-it-2017-Seoul).

The theme is the modern and contemporary art’s quality of making “cracks in our stereotypes, common sense and fixed social orders,” according to the National Museum of Modern and Contemporary Art (MMCA).

The exhibition includes the controversial painting “Beautiful Woman” which is unveiled to the public for the first time in 26 years. The move came, after the prosecutors in December concluded it was an authentic painting by the late Korean modern artist Chun Kyung-ja (1924-2015), going against allegations made by the artist herself during her lifetime and her descendants that the painting is a forgery.