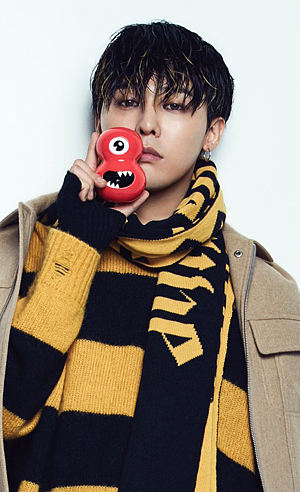 Yang Hyun-suk, the CEO and founder of YG Entertainment announced G-Dragon’s imminent comeback yesterday. He also announced that singer Taeyang will be the next YG artist to release new music.

This comes after Yang uploaded a post on Instagram with the captions, “My family, my brother. Final recording in process. Early June, no ifs, buts, or maybes. I have been with them for 17 years, and I will be with them for 17 more years. Big ups to GD (G-Dragon). Taeyang, you’re up next.”

G-Dragon and Taeyang are both members of the world-famous boy group Big Bang, who have consistently topped Korea charts since their 2006 debut. Each member had a successful solo career as well.

Big Bang are currently touring in Japan, with their tour “Big Bang Special Event 2017” that kicked off on Saturday. They will hold five performances in three different stages until June 4.

G-Dragon also has a solo concert coming up in Seoul on June 10.

The rapper’s last studio album, “Coup d’Etat,” was released in 2013, and was named the World’s Best Album at the 2014 World Music Awards.