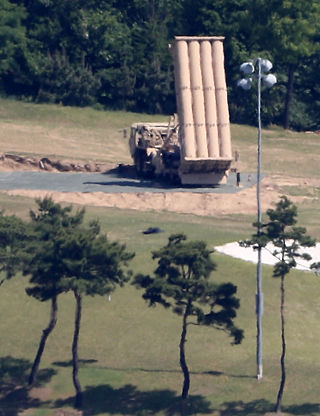 The equipment came in addition to two launchers authorized and deployed as part of the Thaad missile defense system, he added.

"President Moon ordered his senior secretary for civil affairs and head of the National Security Office to find the truth behind the unauthorized entry of the four rocket launchers," Yoon said.

"He also ordered them to find the truth about why it has never been reported to the people or the new government."

The press secretary noted there were suspicions of an attempt to avoid scrutiny over the possible impact the rocket launchers could have on the environment.