Kazakhstani leaps from Seoullo 7017 to his death

Kazakhstani leaps from Seoullo 7017 to his death 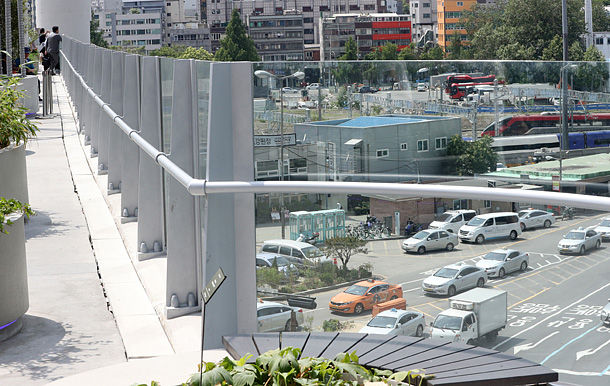 A Kazakhstani man jumped from the Seoullo 7017 overpass and killed himself just nine days after its grand opening as a pedestrian park.

He added, “The man jumped around 11 p.m. Monday, when the firetruck arrived carrying an air mattress.”

The Seoul Metropolitan Government transformed the 1.7-kilometer (1-mile) overpass above the Seoul Station in central Seoul into a pedestrian park with nearly one and a half years of reconstruction and renovation, opening it to the public on May 20. It spent 59.7 billion won ($53.1 million) on turning the elevated highway into a walkway that connects 17 pedestrian roads on the east and west sides of Seoul Station.

The man jumped from a section of the overpass on the west side of Seoul Station and fell onto Cheongpa Road. Sustaining an injury to his head, the man was hospitalized but died around 7:50 a.m. Tuesday.

“We have 29 CCTV cameras at the overpass park and at any hour there are at least five guards patrolling the area,” Ohn said. “We may look into extending the number of guards and the cameras.”

Installing a higher glass fence is not an option, he added.

“Police are investigating why the man jumped,” Ohn said, adding that the city government as of Tuesday morning has no plans to contact the Embassy of Kazakhstan to alert any relatives or friends.