Salzburg striker added to the roster

Salzburg striker added to the roster 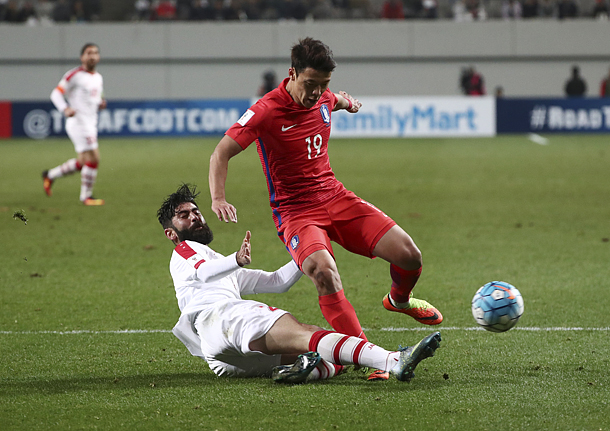 After Korea’s embarrassing 1-0 loss to China and difficult 1-0 win against Syria, Stielike became the center of criticism, with fans asking for a new head coach. Korea’s second-place standing in group A of the final qualification match, with 13 points, isn’t helping either. Since they are only one point ahead of Uzbekistan, if Korea doesn’t win against Qatar, they may not be able to advance to the World Cup.

Throughout the 2016-17 season, Hwang was considered Salzburg’s hero, scoring a total of 12 goals in Austrian Bundesliga matches. He was the team’s leading scorer and played a significant role in helping Salzburg become Austrian Bundesliga Champion, recording 25 wins six ties and five losses, totaling 81 points. Not only that, Hwang is ranked third in the league’s top scorer ranking.

It is quite an impressive achievement for Hwang, becoming a top striker in only his third year since joining Salzburg.

Aside from his 12 league goals, Hwang scored two goals in UEFA Europa league matches and one at the Austria Cup matches for a total of 15 for the season. Hwang is not done yet, however, as Salzburg is scheduled to play a final match of the Austria Cup against SK Rapid Wien on Sunday.

With Hwang joining the national team, there is expectation that he may score his first A match goal against Qatar. Hwang, who was selected for the national team for the first time prior to its first group match against China in September 2016, has played in a total of five A matches but he has not yet scored a goal.

He made his appearance on the field as a substitute, but in the most recent game against Syria, he got to be in the starting lineup and had more time to play, but still hasn’t scored a goal.

Along with Hwang, Son Heung-min of Tottenham Hotspur also joins the national team from a successful season, setting multiple records in the Premier League. Fans expect they will help lead the Korean national football team to the World Cup for their ninth consecutive time.

They will likely determine the result of the match against Qatar and the upcoming national team matches, as they are expected to be the team’s leading strikers.