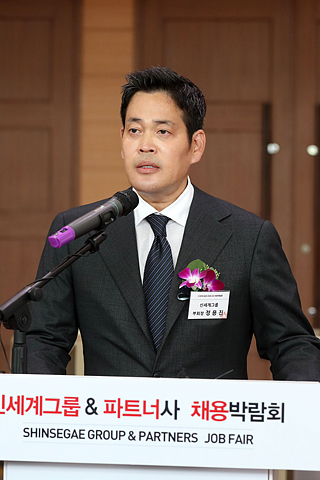 Korean retail giant Shinsegae will pull its discount chain E-Mart out of China, the company’s vice chairman said Wednesday. The speculated reasons include poor performance and a Chinese consumer boycott of Korean-made goods.

The company currently operates six E-Mart locations in China. It first stepped into the market in 1997, and the number of operations reached as high as 27 in 2010. But things started turning sour in 2011, and since then, the discount chain has been continuously closing its stores without opening new ones. The main reason was a deficit that has since amounted to well over 150 billion won ($134 million) in the past four years.

E-Mart’s poor performance and scaleback of operations eventually led to speculation of a Chinese exit. The exact timing of the remaining stores’ closure is unknown, but it is expected to follow their respective lease contracts and other operational considerations.

There are murmurs that Shinsegae’s decision was also based on tapering sales from a Chinese consumer boycott of Korean-made goods over a diplomatic row. In the first half of this year, Chinese consumers have been boycotting Korean retailers in protest of the Korean government’s decision to deploy a U.S. missile shield that China says threatens its security.

The negative sentiment made it tough for Korean companies to do business in China. E-Mart’s rival, Lotte Mart, received the biggest blow. The Chinese government in early March ordered 87 of its 99 branches to temporarily close due to supposed fire code violations.

Shinsegae’s vice chairman, Chung Yong-jin, announced the China pullout during the group’s job fair at the Kintex convention center in Goyang, Gyeonggi, where he answered questions from reporters on other issues surrounding the company.

Chung expressed their determination to push ahead with construction of a shopping mall in Bucheon, Gyeonggi, where local merchants have objected to the plan, saying it would sap up their business. “We’re willing to wait even if the issue is to take time to resolve,” Chung said.

Regarding temporary employment, which President Moon Jae-in has identified as a scourge in the country’s labor market, Chung said Shinsegae has been trying to reduce the percentage of temporary workers even before the current president took office. “I can say that our company has fewer temporary workers compared to other retailers,” he said.