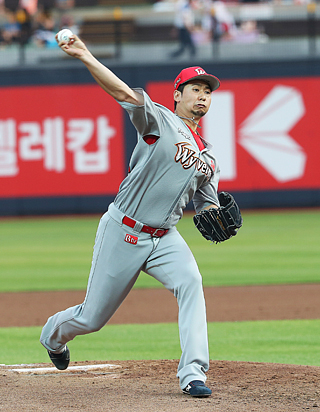 The SK Wyverns, who are leading the KBO in home runs as a team, hopes to move up in the KBO standing by sweeping its three game series against the Hanwha Eagles starting on Friday. The Wyverns’ have been showing strength in the number of home runs, having three batters ranked within the top five and being well on track to surpassing the Samsung Lions’ seasonal home run record of 241, which was set in 2003. As of Wednesday, the Wyverns have won five consecutive games.

Meanwhile, the Eagles are slowly finding their way back after losing their manager, Kim Sung-keun. The Eagles got themselves into a seven-game losing streak, but this week they turned it into a four-game winning streak as of Wednesday.

Looking at their head-to-head records for the season, in which they played a total of six games, the Wyverns lead with four wins. The two will be playing at 5 p.m. on Saturday and Sunday in Daejeon. 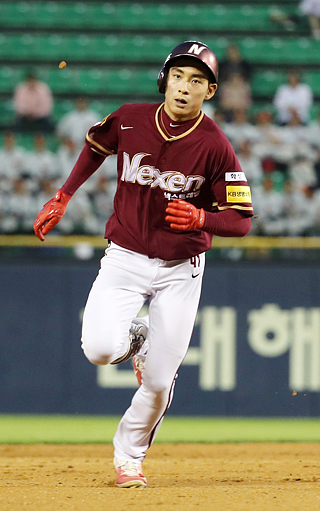 The Nexen Heroes will be hosting the Doosan Bears over the weekend.

After a great weekend, the Bears struggled once again against the SK Wyverns, losing two of three games as of Wednesday. It is quite a surprise to see the Bears among the top of the KBO standing, as they’ve been starting towards the bottom from the beginning. With less than five months remaining in the KBO’s 2017 season, the Bears hope to defend their regular season title once again.

As for the Heroes, Lee Jeong-hoo, an 18-year-old KBO rookie, is certainly making a name for himself, having a batting average of 0.343 with two home runs and 19 RBIs as of Wednesday.

Surprisingly, looking at the two team’s record this season, in a total of six games, the Heroes dominated the Bears, winning five and losing only one game.

They will conclude their weekend three-game series on Sunday, scheduled to be played at 5 p.m.