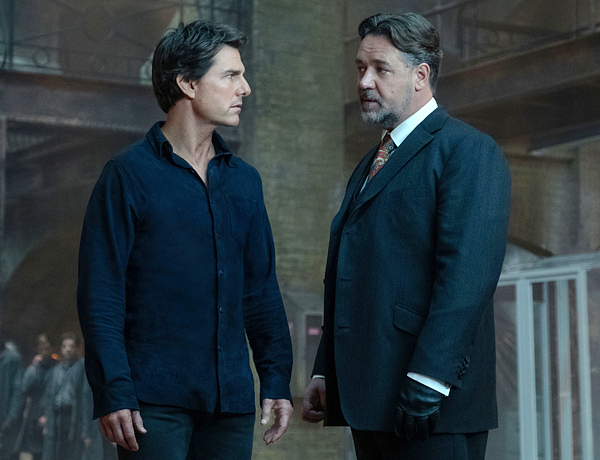 Directed by Alex Kurtzman, known for hits “Now You See Me 2,” “Star Trek” and “Ender’s Game,” and starring Tom Cruise, “The Mummy” tells the story of an ancient princess who was awakened from thousands of years of being buried in a tomb.

An ancient princess, Ahmanet, (Sofia Boutella,) who was buried alive when her destiny was unjustly taken from her, has emerged from underneath the desert.

Nick Morton, played by Tom Cruise, is on a plane when what looks like a huge sandstorm strikes, causing the plane to crash. The next thing he knows, he is out of the plane without a scratch in his body.

Doctor Henry Jekyll, played by Russell Crowe, tells Nick that he is alive because he has been cursed. Meanwhile, when Ahmanet is awoken, she tries to take over the world with her fury.

Sofia Boutella is best known for her role as the villain Gazelle in the 2015 action flick “Kingsman: The Secret Service,” and 2016 “Star Trek Beyond.” 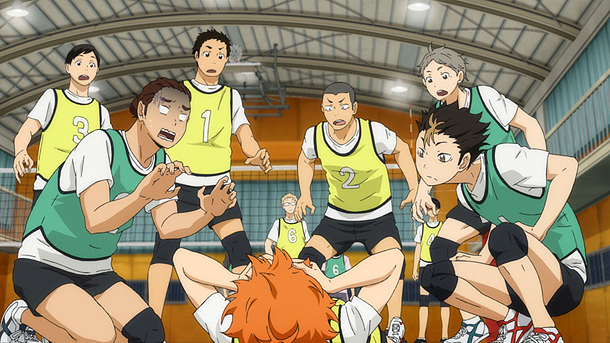 “Haikyu!!” is a Japanese manga series written and illustrated by Haruichi Furudate that revolves around junior high student Shoyo Hinata and his sudden love of volleyball after watching a national championship game on TV.

In this movie version, hitter Hinata, voiced by Murase Ayumu goes to Karasuno High School, a school once famous for its volleyball team. There, he meets setter Kageyama who he had competed with in middle school. They were at first rivals, but eventually they get along and they realize the importance of teamwork in volleyball.

Meanwhile, Team Karasuno gathers up their squad and prepares for their first official playoff with a rival high school Nekoma High school. 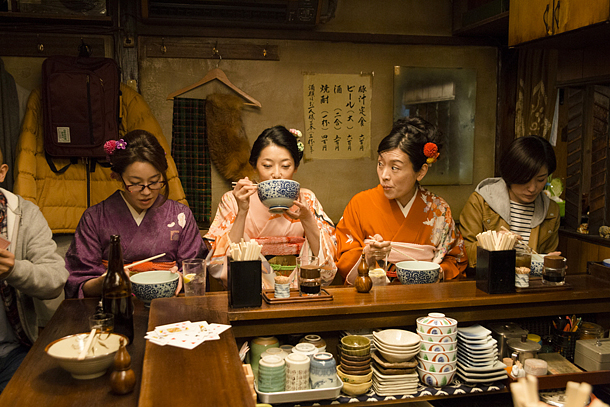 The tender and wistful drama is back with a sequel. This film is adapted from Yaro Abe’s long-running manga series, which has also been adapted into a TV series.

The story revolves around the customers at a late-night restaurant in the back-alley of downtown Tokyo, operated by a chef known as Master, played by Kaoru Kobayashi. His restaurant opens from midnight to seven in the morning, and serves dishes upon the client’s request if he has the ingredients for it.

“Midnight Diner 2” begins with a woman named Noriko Akatsuka, played by Aoba Kawai, a literary editor, who is fed up with stress from her work. She fell in love with a man that she met while attending a funeral, but is devastated when she finds out that he is actually a criminal. The second episode is about the strife between a mother named Seiko and her childish son Seita, who abruptly announces that he will marry Saori, a woman who is 15 years older than him. The last episode is about a grandmother named Yukiko, who lost a large sum of money in a fraud. She came all the way to Tokyo, but she cannot reach her son.

Director Matsuoka Joji has also directed “Midnight Diner” in 2015 as well as the TV series from seasons one to three. Renowned Japanese actor Odagiri Joe is also featured in the film.

After seeing a ballet performance on TV when he was young, Lee Sam-heon wanted to become a ballet dancer. However when a huge massacre took place in Gwangju in 1950, it looked like his dreams would not be realized. Instead of fancy stages, he became a street dancer. He went out on the streets barefoot and consoled people with his dancing.

Thirty years later, if he had been dancing on stage, he would have been a renowned choreographer by now. However, he now suffers from a severe panic disorder he was diagnosed with after the shock of witnessing the Gwangju massacre. The disorder was so severe that when he was invited to a shaman festival in France in 2014, he was unable to take an airplane, so he had to instead take the train from Vladivostok to France.

Director Choi Sang-jin has been documenting Lee’s life since 2002. Veteran actress Bae Jong-ok narrates this moving documentary about a man who always tries to help others. 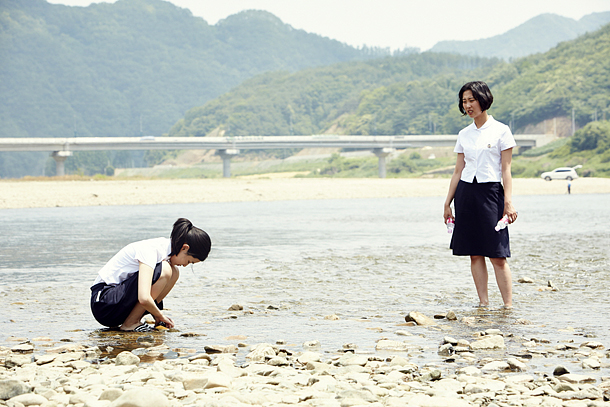 Winner of the Daemyung Culture Wave Award at the 21st Busan International Film Festival in 2016, this slow and serene drama stands out in a movie industry dominated with severe violence, crime and hate.

Yongsoon, a 18-year-old high school student, played by Lee Soo-kyung, falls in love with her physical education teacher, played by Park Keun-rok. However, she believes that he is seeing someone else. Her best friends Moon-hee and Pak-kyu help her to delve into if he really is seeing someone, but are unable to find evidence. Meanwhile, Yongsoon’s dad brings home a Mongolian stepmother. How will the teenager handle her already-complicated life with struggles both at school and at home?

This independent film comes from the movie production company ATO, which is famous for the 2016 film “The Worlds of Us,” which was nominated at the Zurich Film Festival. ATO consists of directors from the Korea National University of Arts. The 21-year-old actress Lee Soo-kyung is known for her roles in 2017 “The Mayor” and “Coinlocker Girl.” Veteran actors like Choi Yeo-jin and Choi Duk-moon also play roles in the film.

Actress Gal Gadot plays Wonder Woman in this DC Comics action flick. Before becoming Wonder Woman, she was Diana, princess of the Amazons, and lived on the island of Themyscira. While living in this island paradise, she encounters American pilot Steve Trevor, played by Chris Pine, after he survives a plane crash. Through him, she hears about a massive war happening in the outside world. She determines that it is her job to save the people and leaves her home to stop the threat. While fighting, she discovers her unknown powers and her true destiny.

This film is directed by Patty Jenkins, who directed the 2003 crime drama movie “Monster” featuring Charlize Theron. Israeli actress Gal Gadot has also been seen in in “Batman v Superman: Dawn of Justice” (2016), and some of the “Fast & Furious” series. Chris Pine is known for his roles in “Star Trek,” “Princess Diaries 2” and “This Means War.” 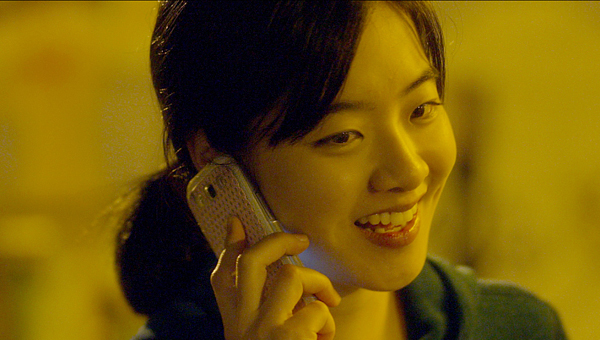 This film sheds lights on the people who are often disregarded from society, and portrays their struggles. Teenage girl So-hyeon, played by Lee Min-ji, is the kind of person who is afraid of being left alone, and tries her best to get along with others, though she often fails. After she runs away from her home and family, Jeong-ho is her only companion, but when he also leaves her, she is left devastated.

On a lonely day, she meets a mysterious woman named Jane, played by Koo Kyo-hwan, who is transgender. Though she is also considered to be a minority, Jane looks after So-hyeon and other teens who have ran away from home. Although she may look cold and bitter from her excessive makeup and fancy appearance, she gives hope and warmth to people who are living a lonely life like her. Directed by Cho Hyun-hoon, this film was nominated at the Seoul Independent Film Festival. Actors Lee Min-ji and Koo Kyo-hwan were both the winners of the Actor& Actress of the Year at the 21st Busan International Film Festival.