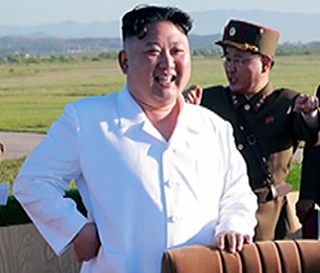 Lately, researchers at major American military and security think tanks are touring Seoul and other regions to meet with Korean nuclear policy researchers, scientists and engineers. The topic of the interview is the possibility of Korea’s nuclear armament. As North Korea is accelerating its nuclear and missiles development, discussion of Korea’s possible nuclear armament in private institutes and academia in the United States has been partially exposed.

Korea’s nuclear armament was one of the options related to the hegemony contest between the United States and China. Zbigniew Brzezinski, former National Security Advisor who passed away last week, warned in his 2012 book, “Strategic Vision,” that Korea would be forced to make a painful choice if the United States takes a step back as a result of its hegemony contest with China. Korea needs to choose between resting its national security on China, just as Joseon did during the Ming and Qing dynasties, and cooperating with Japan despite our history. He wrote that it was doubtful that Japan could stand up to China without strong backing from the United States. Then, Korea would be left to survive on its own, or seek nuclear armament.

There are views that Korea would face a security challenge if the United States overwhelms China and China stops growing rapidly, and the G-2 structure would becomes meaningless.

In the 2004 book “The Tragedy of Great Power Politics,” renowned political scientist and Chicago University professor John Mearsheimer projected that the United States may withdraw it forces, stationed in Asia, in this case.

As Korea must live among dangerous neighbors and forever contemplate its own survival, Mearsheimer mentioned Korea’s nuclear armament. Of course, when North Korea’s nuclear program advances, the United States is wary of Korea going nuclear, as this could hinder the U.S.-led Korea-U.S. alliance in an extension of the Park Chung Hee administration’s nuclear development ambition in the 1970s.

When North Korea completes short, mid and medium-to-long-range missiles with precision-strike capacity and is equipped with nuclear weapons with small warheads, this will be a game changer. China is given the task of freezing North Korea’s nuclear and missiles development before a destructive preemptive attack can take place. Since the meeting between U.S. President Donald Trump and Chinese President Xi Jinping, China has blockaded the borders and threatened to take away Chinese capital, which supports 400 to 600 local markets in North Korea.

When Korea can no longer live with a nuclear presence to the North and finally goes nuclear, China’s security and the unification policy will become entangled. We cannot rule out the possibility of a nuclear Japan and Taiwan. In the ever-changing equation of international politics, the North Korean nuclear program could be a rotten apple in the basket of Chinese security. That’s why China must stop North Korea before it is too late.