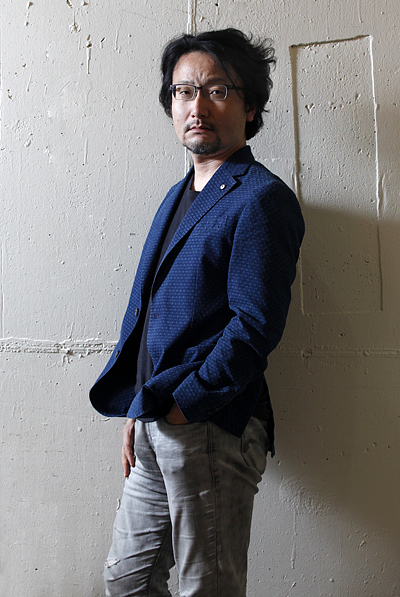 Though “Warriors of the Dawn” clearly has a political message, its director Chung Yoon-chul says that the core of the movie is Gwanghae and proxy soldiers discovering their identities. [PARK SANG-MOON]

Prince Gwanghae, or Gwanghaegun (1575-1641), is one of the most popular subjects in Korean historical films and dramas. While Gwanghae has received mixed reviews from historians - some see him as a realist who attempted to balance the great powers of Asia during his time, while others say he was a tyrant - directors and producers have found the 15th king of Korea’s Joseon Dynasty (1392-1910) a compelling character.

“Masquerade” (2012), for example, featured Gwanghae as a suspicious king who invites an entertainer into the palace to be his stand-in. MBC’s period drama “Hwajeong” (2015) follows Gwanghae as he is dethroned as the king.

The new movie “Warriors of the Dawn,” tells the story of proxy soldiers (who served other people’s military obligations to feed their families) tasked with protecting Gwanghae when King Seonjo (1552-1608) flees for his safety during the 1592 war between medieval Korea and Japan.

The movie depicts what true leadership is, according to director Chung Yoon-chul of “Malaton” (2005). “I wanted to show what true leadership is through this film by depicting a leader who reaches out to people and embraces their sorrow,” said Chung during a recent interview with Korea JoongAng Daily on Tuesday.

Below are edited excerpts from the interview with the filmmaker.

Q. This is the first time for you to direct a historical film. What prompted you to take on the challenge?

A. When I first received the script two and a half years ago, people were undergoing difficult time and were craving for [true] leadership [following the sinking of Sewol ferry in 2014, which killed more than 300 passengers]. Though the draft was a little different from the final film, the story of proxy soldiers tasked with protecting Gwanghae and inspiring him to grow to become a [good] leader touched my heart. So I accepted [the offer] to direct the movie to show what a true leadership is.

How was the draft different and why did you alter the story?

The movie mostly takes place deep inside the mountains, which are not easy locations to shoot a film. What was the biggest challenge while shooting the film?

There were no official sets. The actors and the film staff had to crisscross mountains all day. It was such a painful experience for us all. And because I wanted to depict realistic battle scenes that would make the audience feel like they are observing the fights in front of them, I used long takes, which are very difficult and dangerous for actors. Perhaps, I took on such a brave challenge because I didn’t know much about shooting action films (laughs).

What qualities do you think a good leader should have?

Nobody is born a good leader. A good leader is someone who steps forward to alleviate people’s pain and to strive to create a better future for them even if that requires responsibilities that he or she is reluctant to take. I believe someone who reaches out to people to embrace them and to share their joy, anger, sorrow and pleasure is a good leader, not someone who demands people to blindly follow orders. As we have experienced recently, people are no longer passive. We have reached the era where it has become difficult for unilateral control leadership to survive.

Amid the recent impeachment of former President Park Geun-hye, some may perceive your film as having a political message. How do you want the audience to see this movie?

When it comes to depicting leadership and people, a film can’t not be political. Politics is not something grand, but is something that’s directly connected to people’s life. Though the film clearly has political message, what I really wanted to show is how the proxy soldiers and Gwanghae discover their identities and become masters of their lives.

While the political theme can garner people’s attention, the core of the movie that I want audiences to notice is characters discovering their identity, which I believe many modern Korean people have difficulty with.

How did you want to depict Gwanghae?

As a director, I secretly believed that Gwanghae was a little autistic. His mother died when he was three, and he grew up not knowing who his mother is. So I depicted him like a hikikomori [someone who stays home without going outside or socializing with people]. Though he had been given great responsibility to become a crown prince from his father, he stuck himself in a palanquin only reading books. But when To-woo (Lee) destroys the palanquin, Gwanghae steps outside to see the land of Joseon first-hand, which is not something he would have experienced inside the palace or in the palanquin.

You previously stressed the importance of actors in determining the success of a film. What drove you to choose Lee Jung-jae and Yeo Jin-goo?

For Gwanghae, the first person I thought of was Yeo Jin-goo, who is similar in age with the character in the movie. He had shown great potential through his previous films, so he was cast right away. For Lee Jung-jae, though his appearance is far from looking like the lowest class of people, he said he wanted to play a tough character instead of his usual gentle-mannered roles. In fact, he gets pretty rough and honest after he drinks alcohol (laughs).

You said “Warriors of the Dawn” was very difficult to work on. Are you willing to work on a historical film again?

Yes, someday I may. Though it is challenging, insinuating the tales of modern society against the backdrop of the past is very interesting. Since we have a long history, there are so many topics to deal with.