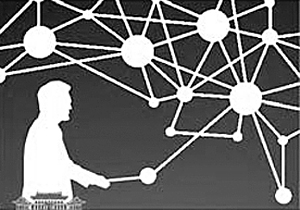 In the past few months, a significant change has been observed in Korean politics. I’ve notice that the Korean presidency is going through “parliamentarization.”

As the impeachment of Park Geun-hye has shown, the Korean presidency cannot be considered a stable and fixed system with guaranteed tenure.

Since democratization, impeachment bills for two of the six presidents were passed, and the last president was actually removed from office. While the Constitution guarantees the term of the president, citizens’ evaluations can determine the political fate of presidents, and Korea is getting closer to the parliamentary system.

Another basis for parliamentarization is the increasing cases of incumbent lawmakers serving as ministers. Recently, President Moon Jae-in designated incumbent Minjoo Party assemblymen to head four major ministries. Prime Minister Lee Nak-yon has long been with the ruling party, and half of the minister-designees are incumbent members of the National Assembly. As opposition and media trace even the most trivial flaws of the designees and attack them in the confirmation hearings, Moon had to make a realistic choice by nominating ruling party lawmakers.

Therefore, the first barrier to the Moon Jae-in administration’s political and economic reform would be party reform. Without party reform, prosecution reform, including the installation of the investigation agency for public officials, and reform of the economic structure to pursue the fourth industrial revolution, will be impossible.

Many experts propose various plans for party reform, and I feel that the key to party reform can be found in ending politics based on party platforms. As the confirmation of Prime Minister Lee Nak-yon has exposed, voting by party lines is an outdated yet old practice dominating the National Assembly. The Liberty Korea Party is the biggest opposition party and all members except for one, Kim Hyun-a, walked out of the voting session. Lee was confirmed as 164 of 300 members supported his confirmation.

In other words, prosecution reform, conglomerate governance reform and other bills that the Moon administration is promoting could be hindered by opposition party’s platform.

There are two ways to pursue cooperation beyond the infinite confrontation of official party lines. The first is the president’s political persuasion and the other is power decentralization within the party to rid of the outdated practice. The United States have many experiences of opposition being majority, and the power of persuasion was often expected of the president. When the ruling party is the minority, the president’s success depends on how he persuades the majority opposition.

In Korea, many experts emphasized the president’s persuasive ability. But here, a major difference between Korea and U.S. party politics is overlooked.

What makes U.S. presidents persuasive is their decentralized control within their parties. American lawmakers are almost free from the party’s central authority or bosses when it comes to candidate nomination and fundraising. Voters and party members determine candidate nomination and sway fundraising. Therefore, public opinion in the constituency and personal philosophy and belief of individual lawmaker are more important than party line.

Here, we need to look back on the experience of party reform by the Millennium Democratic Party in 2002. When the Democratic Party introduced presidential primaries in 2002, the Grand National Party had to follow. And the primary led to the explosive change of the Roh Moo-hyun phenomenon.

In other words, when Moon’s ruling party introduces and mandates a complete primary for assembly seats to free the lawmakers from the party line, decentralization has to spread to opposition parties. When party platforms are neutralized and lawmakers have autonomy, Moon’s persuasive power over the opposition party would become effective. Then, we can call it a politics of cooperation and communication.

*The author is a columnist for the JoongAng Ilbo and professor at Chung-Ang University.