Notorious B.I.G to be honored by ASCAP

Notorious B.I.G to be honored by ASCAP 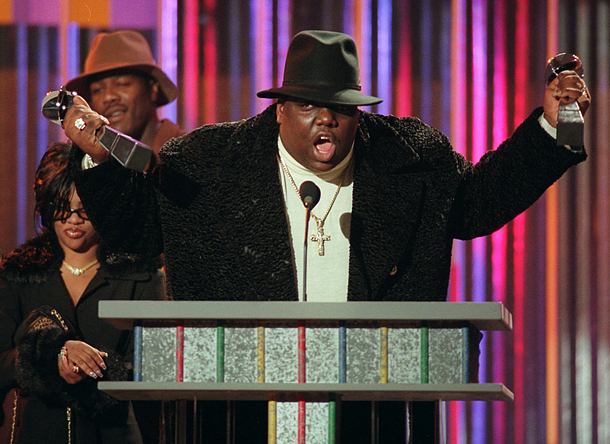 The performing rights organization said Thursday that the rapper will receive its ASCAP Founders Award on June 22 at The Beverly Wilshire Hotel in Los Angeles. It will be its 30th annual Rhythm & Soul Music Awards.

The Notorious B.I.G, born Christopher Wallace in New York City, was shot to death in 1997. His mother, Voletta Wallace, his children, and his widow, R&B singer Faith Evans, will accept the award on his behalf.

The hip-hop legend was a powerhouse success in the ‘90s with albums like “Ready to Die” and “Life After Death.” His hits include anthems like “Juicy,” ‘’Big Poppa,” ‘’Stay With Me,” ‘’Hypnotize” and “Mo Money Mo Problems.”

“Biggie was a legend in his own time and his legacy lives on through his music,” said ASCAP President Paul Williams. “Like all songwriters, he was a master storyteller, but it was the realism in his rhymes that captured so many.”

Last month Evans released a collaborative album with Notorious B.I.G called “The King and I.” AP