Model-turned-actor plans to work out until 60 : Kwon Sang-woo has his eyes set on a role in SBS’s ‘Ugly Ducking’

Model-turned-actor plans to work out until 60 : Kwon Sang-woo has his eyes set on a role in SBS’s ‘Ugly Ducking’ 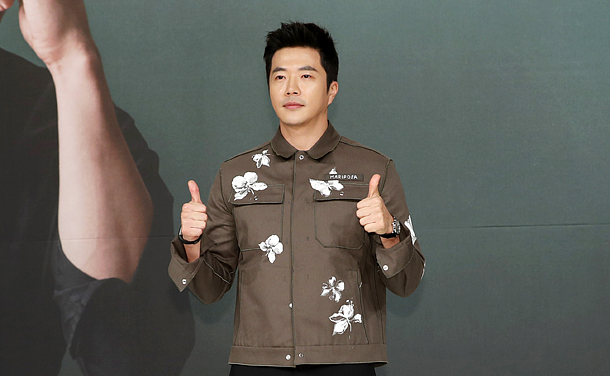 Kwon Sang-woo started as a fashion model in 1998. He’s known not only for his body, but also for his acting.

The 40-year-old rose to stardom in 2003 with the romantic comedy “My Tutor Friend” and the melodrama “Stairway to Heaven” starring Kim Tae-hee and Choi Ji-woo.

In a recent interview with Ilgan Sports, an affiliate of the Korea JoongAng Daily, Kwon revealed his thoughts about his work.

He said that his wife, actress Son Tae-young, would not make many comments about the TV show he was in but said it was good for him to star in the latest show “Queen of Mystery.”

He added that it was a relief that there were no romantic scenes in the show. “If there is a kissing scene it can be a bit stressful [for a married man],” said Kwon, smiling.

He said that he enjoys watching TV with his wife. SBS’s reality show “My Ugly Ducklings” is one of his favorites.

“When I see the mothers of celebrities in the show, I feel like they are having a special experience, because it is not easy to communicate with your mother as you get older,” Kwon said.

He said that he hopes to also be in that show one day. “I think the relationship with your mother is more important than any other relationships. I sometimes imagine what I would say if I am on that program.”

About his friendship with famous comedian Jung Jun-ha, Kwon said that he immediately received a phone call after “Queen of Mystery” finished.

“Since Jung got married, I think he has seen a good change. I can tell that he is feeling burdened as the breadwinner of the family, and that he is really trying hard,” Kwon said.

Kwon is also known for his fit body, and said that he has been working out for about 20 years.

“It just became a part of my life,” he said. “When I don’t have anything planned for the day, I go to the gym in the morning. When I work out in the morning, I feel like I didn’t waste my day. When I am out filming, I carry dumbbells in the car.”

When asked if he could keep fit when he is old, he said that in Hollywood, there are lots of actors who still look classy even when older. “I want to keep working out until I reach 60,” Kwon said.