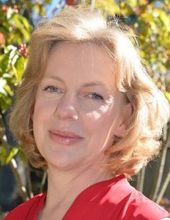 LEIPZIG, Germany - Since 2011, Korea has been collaborating with the World Bank to support environmentally-friendly projects in developing countries through the Korea Green Growth Trust Fund.

“We see Korea as a very successful example that grew fast but was able in that growth to manage environmental considerations and the whole aspect of sustainability,” said Dr. Nancy Vandycke, economic advisor for the World Bank's Transport & ICT Group, during an interview with the Korea JoongAng Daily at the International Transport Forum here on Thursday.

Vandycke is the driving force behind the World Bank’s Sustainable Mobility for All initiative to coordinate global action and financing to make transport greener, safer and more efficient, according to the organization. Korea has been a major contributor to the initiative, and Vandycke has been closely working with the Korea Transport Institute (KOTI), a research body under Korea’s Ministry of Land, Infrastructure and Transport.

“With KOTI, we are doing a lot of knowledge transfers, meaning we know that Korea has tremendous experience in terms of sustainable mobility, especially in urban areas,” she said, specifically citing transport fare integration on Korea’s intercity buses.

The two organizations have also been collaborating on a way to comprehensively analyze the full economic impact of transport projects. While past projects have been evaluated based on how much time is saved, the new methodology determines whether a project also contributes to cutting greenhouse gas emissions, improves safety and fosters inclusivity. These benchmarks offer more integrated guidelines for development projects.

The next step is establishing a centralized place where countries can share their research and findings based on the new methodology. “We are currently discussing with KOTI about creating a knowledge hub in Seoul where it would become basically the platform to train transport planners and decision makers into this new approach,” Vandycke said.

The World Bank says it values collaboration with Korea because of the country’s unique development history growing from war-torn backwater to Asia’s fourth-largest economy in one generation. It is one of few countries that has gone from receiving foreign aid to giving it.

“If we can show an example of a country that has succeeded in doing [projects], it’s much more credible,” Vandycke said. “It’s very important when you engage with countries like India, even in China and some low-income countries, that we say it’s actually possible and it’s not just a dream.”