It takes a village

It takes a village 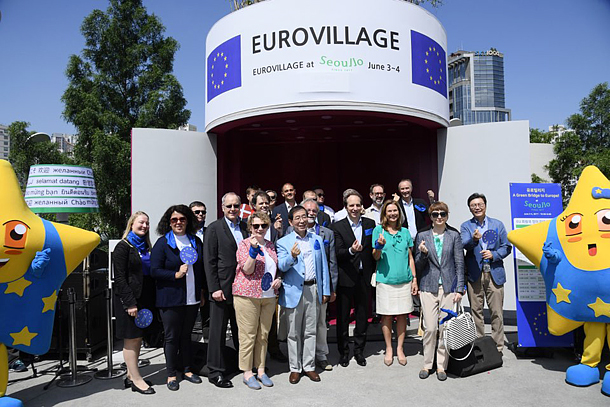 Ambassadors and diplomats from member states of the European Union and Seoul Mayor Park Won-soon, fifth from left, visit the Seoullo 7017 overpass park in central Seoul on Saturday during the Euro Village event hosted by the Delegation of the European Union to the Republic of Korea. The two-day event was a celebration of the EU’s efforts to address climate change and World Environmental Day, which falls today. Programming included embassy informational booths on green energy initiatives and cultures, as well as traditional folk dances, ensembles and guitar concerts on the overpass park. [SEOUL METROPOLITAN GOVERNMENT]