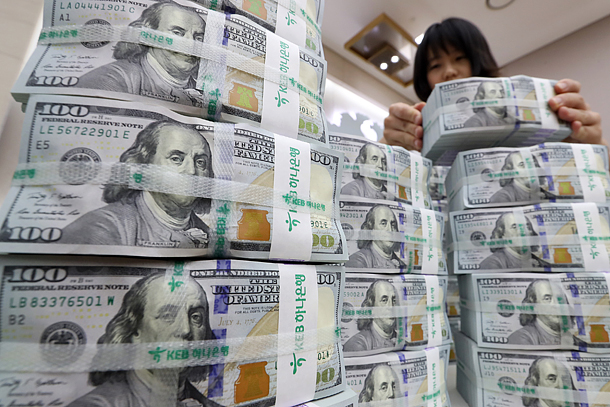 Korea’s foreign exchange reserves hit a record high in May due to a hike in the value of non-dollar currencies when converted into the U.S. greenback, central bank data showed Monday. As of the end of May, the country’s foreign exchange reserves came to $378.46 billion, up $1.89 billion from the previous month, the Bank of Korea said in a statement. Foreign exchange reserves consist of securities and deposits denominated in overseas currencies, as well as International Monetary Fund reserve positions, special drawing rights and gold bullion. The country’s reserve position at the IMF stood at $1.76 billion as of the end of May, compared with $1.74 billion a month earlier.