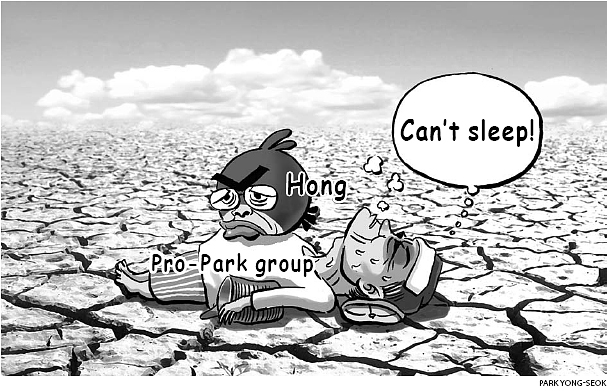 As the opposition Liberty Korea Party’s approval numbers tank, the faction loyal to former President Park Geun-hye is increasingly worried about its future after Hong Joon-pyo, the party’s presidential candidate in the recent election and leader of the anti-Park group, returned home from a trip to the United States to take the helm of the embattled party.