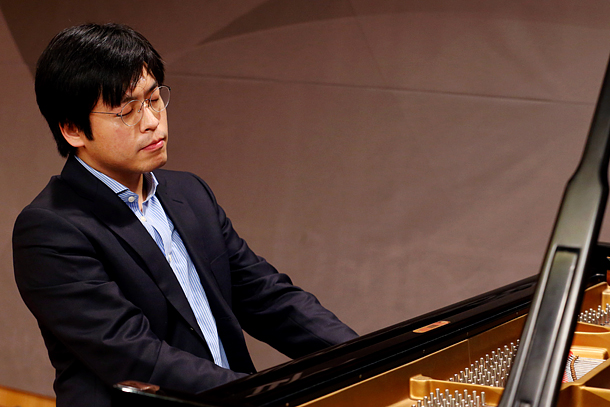 June 9-11: One of K-pop’s biggest boy bands, 2PM, is hosting a string of concerts for fans. The JYP Entertainment group, known for hits like “10 Points Out of 10” and “Again & Again,” is returning to the stage with Jun.K, who is now fully recovered from injuries sustained during their previous concert series.

June 10: American pop sensation Britney Spears will hold her first solo performance in Korea since her debut 18 years ago. Her debut album, 1999’s “Baby One More Time” has sold more than 20 million copies internationally. She is known for her hits like “Toxic,” “Womanizer” and “Gimme More.”

This is not Spears’ first visit to Korea though. In 2003, she visited and performed with K-pop singer BoA.

June 10-11: One of the most powerful R&B female vocalists in Korea, Gummy, is heading out on a national tour in support of her newly-released fifth album, which was produced by R&B rapper Gil.

After her concert in Seoul the tour will move around the country, making stops in Daejeon, Daegu, Gwangju and Busan.

June 17-18: Shinhwa is hosting a concert to celebrate their 19th anniversary as a group. Debuting in 1998, Shinhwa is one of the longest running boy bands in the history of K-pop.

Their latest album, “13th Unchanging-Touch” was released in January.

June 27: Korean pianist Lim Dong-hyek is collaborating with Gautier Capucon, a popular cellist from France. After Lim and Capucon’s incredible collaboration in 2010 at the Ditto Festival, they are back again for the 10th anniversary of Ditto, a classical ensemble. Along with Beethoven’s “7 Variations on ‘Bei Maennern, welche Liebe fuehlen,’” and Brahms’s “Cello Sonata No. 1, Op. 38,” Rachmaninoff’s “Cello Sonata, Op. 19” will be performed in the second part of the program. 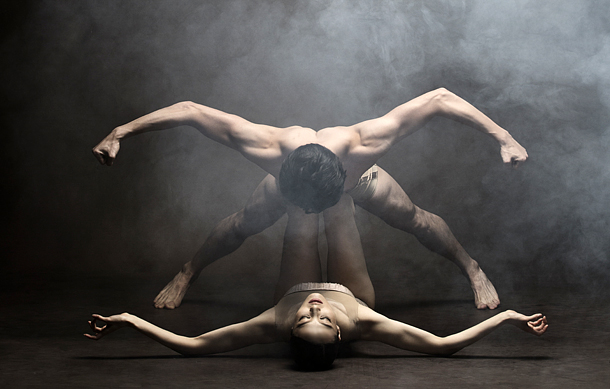 UNIVERSAL BALLET “THIS IS MODERN”

June 8-10: Part of the 7th Ballet Festival Korea, three performances from Universal Ballet led by the masters of modern ballet will be staged in “This is Modern.”

The first performance, titled “Petite Mort,” choreographed by Jiri Kylian, features six dancers and was first performed in 1991 to commemorate the 200th anniversary of Mozart’s death.

“White Sleep” by the choreographer Remondo Rebeck from Germany gets its inspiration from people losing their memories. After seeing his grandmother suffer from dementia, he learned from the disease and the process of aging and losing memory, comparing it to falling asleep in a thick fog.

“Minus 7” by Ohad Naharin is an open performance that the audience can participate in.

This performance is the reconstructed version of Naharin’s previous performances from different angles.

The performance starts at 8 p.m. on Thursday and Friday, and 3 p.m. on Saturday.

To June 11: The Seoul Metropolitan Musical Theater is staging the historical musical “The Secret Envoy,” which centers around three secret envoys deployed to The Hague in 1907. 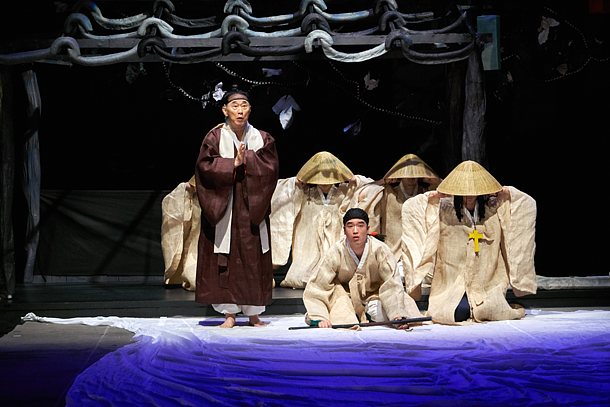 The famous play “Romeo and Juliet” is reborn with a Korean twist, presented by the Myeongdong Theater under the direction of acclaimed Korean director Oh Tae-seok. English subtitles are provided for performances on Thursdays and Sundays. [MOKHWA REPERTORY COMPANY]

To June 18: The tragic love story from Shakespeare is reborn with a Korean twist. Romeo and Juliet, the son and daughter of Montague and Capulet family, fall in love and hold a secret wedding, but go through a heartbreaking farewell.

It will be directed by the acclaimed Korean director Oh Tae-seok, celebrating 50 years of his debut. This show premiered in 1995, and was also played in the Barbican Center in the U.K. in 2006. It leads the audience to a beautiful setting under the dim lights of traditional Korean lanterns.

The performance starts at 7:30 p.m. on weekdays, 3 p.m. on weekends and holidays. There are no performances on Tuesdays. English subtitles will be provided every Thursday and Sunday.

To June 10: The National Changgeuk Company’s sell-out performance of “The Caucasian Chalk Circle” is coming back two years after its successful premiere. This changgeuk (Korean traditional opera) performance, based on the renowned play of the same title, is a stunning collaboration with Korean-Japanese writer and director Chong Wishing.

Dongguk University Station, line No.3, exit 2 for the shuttle bus, or bus No.02 or 420 to the National Theater of Korea stop.