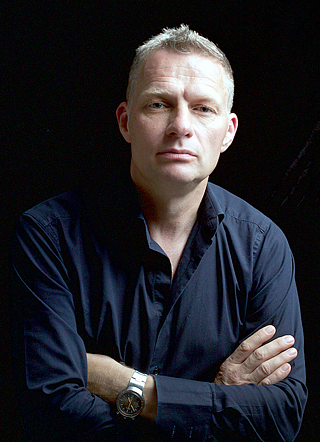 Hyundai Motor has hired Simon Loasby, a longtime China-based car designer, to lead design at its Chinese unit as the Korean automaker looks to gain a stronger foothold in the world’s largest auto market.

Loasby, 50, has been working as a designer at Volkswagen Group China since 2001 and as head designer since 2008. He designed strategic models for the Chinese market, including the Santana and New Lavida as well as a local version of the midsize Passat sedan.

Loasby will begin working as executive director of Hyundai China Design in Yantai, China, later this month. He will be tasked with securing more designers to work for Hyundai Motor’s Chinese operation.

“Simon Loasby is a renowned designer with incomparable experience in automotive design for the Chinese market,” Peter Schreyer, chief design officer of Hyundai Motor, said in a statement. “We are confident that Simon will greatly enhance our development of strategic models that will excite Chinese customers.”

Hyundai Motor, the top automaker in Korea and world’s fifth in terms of sales, has been agile in recruiting designers who have worked for European luxury car brands.

In 2015, Luc Donckerwolke was hired to lead the Hyundai Motor Design Center in Korea and spearhead the automaker’s luxury Genesis brand. He had directed design at Lamborghini and Bentley.

In 2012, the Korean automaker recruited Christopher Chapman from BMW to handle the American market. He joined as chief designer of the Hyundai Design Center in Irvine, California.

Thomas Burkle, chief designer at Hyundai’s European operation based in Germany, was also scouted from BMW in 2005, and Schreyer, who is at the top of Hyundai Motor’s design team, had worked for Audi before joining Hyundai affiliate Kia Motors in 2006.

“Hyundai Motor plans to fortify design competitiveness in the Chinese market by recruiting Loasby, who not only has experience in luxury cars but has also researched Chinese consumers’ car preferences for a long time,” the company said in a statement.