Renault deviates from trends with QM3

Renault deviates from trends with QM3 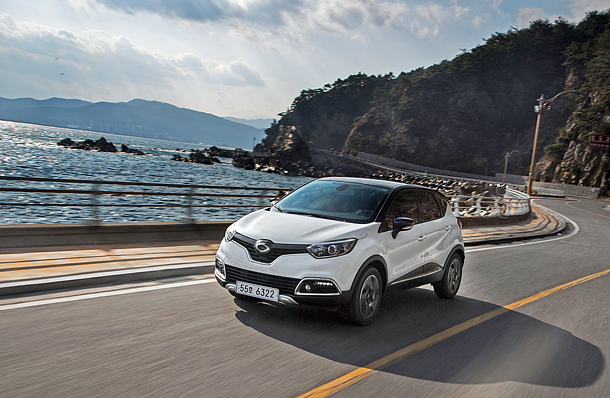 Renault Samsung’s QM3, a cross between an SUV and a sedan was the only imported vehicle that sold more than 20,000 vehicles in 2013. [RENAULT SAMSUNG MOTORS]

Renault Samsung Motors’ attempt to create a league of its own, offering “something different” to Korean customers will continue this year.

QM3, its crossover vehicle, which falls between an SUV and a sedan, will play a major role in this initiative.

Renault Samsung, the Korean unit of French auto giant Renault Group, started selling the imported vehicle in Korea in 2013 which is known in Europe as Captur. At the time, there wasn’t a crossover vehicle in Korea’s automotive market. It was either an SUV or a sedan. 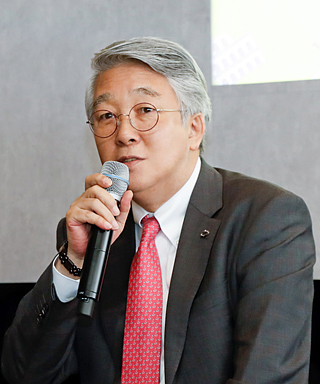 “QM3 emphasized its fuel efficiency when it was first introduced in the Korean market but it has other versatile charms,” said Park Dong-hoon, CEO of Renault Samsung Motors at a press conference on Wednesday for female journalists.

“QM3 is a trendy vehicle and I think it has many aspects that appeal to females which is why we organized such an event,” he added.

A Korea JoongAng Daily reporter drove a 50 kilometer-route (31 mile) from Itaewon in Yongsan District, central Seoul, to Gapyeong in Gyeonggi.

The diesel-powered vehicle boasts a fuel efficiency of 17.7 kilometers per litre (41.6 miles per gallon), one of the best among its rivals. Its exterior design clearly shows its French origin.

The color of the roof and body can be selected separately at the customer’s choice. Red, blue, orange and ivory are among the options for the customized color matches.

“Adding an extra color to the option is a huge burden for the car manufacturer,” Park explained. “In Korea, white, silver and black dominate the vehicle colors which is why manufacturers keep making that color. Renault Samsung is veering away from the trend,” he added.

Its interior is equipped with circular curves including the air vents, which give the car a soft and feminine vibe. The front drawer has the form of a large glovebox that is able to more stably store objects as large as a laptop.

The driver and the passenger seat are spacious, with enough leg room even with the seats pulled forward to the maximum. The 6.5-inch display in the center console felt somewhat small and it was hard to look at the navigation while driving.

The driving performance was average. In spite of it being a diesel model, the engine wasn’t too loud when driving below 100 kilometers an hour. The noise was still tolerable when it reached 120 km/h. However, when the car went faster than 120, it generated the usual loud diesel grumbling sound. Its horsepower is 90 and has 22.4 kilogram-meters of torque..

The initial acceleration of the car didn’t feel smooth or powerful. Even when the accelerator was pressed to the maximum, it took at least two seconds for the engine to generate enough power equivalent to the pressure applied to the accelerator. The QM3’s price starts at 22.2 million won ($19,660).

CEO Park explained the launch of a hatchback model Clio scheduled for the latter half of this year is also part of its attempt to create a new market in Korea’s automotive industry.

“Korea’s car market is often called a grave of hatchbacks because it is so unpopular. The Clio will prove differently,” he added.

Although the launch of Clio might be postponed from its initial schedule of launching in August, Park maintained its annual sales goal of 120,000 vehicles. Last year, it sold 110,000.