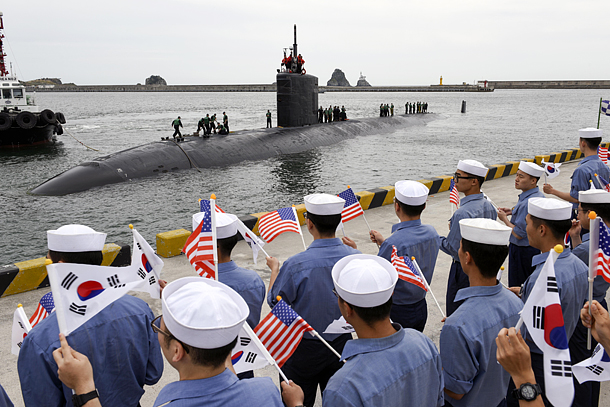 The 6,900-ton USS Cheyenne, a U.S. nuclear-powered attack submarine, anchors in the southern port city of Busan on Tuesday in what appears to be another show of Washington’s military might amid North Korea’s continued saber-rattling. The 110.3-meter (362-foot) submarine carries some 130 personnel and is equipped with Tomahawk cruise missiles with a range of 3,100 kilometers (1,926 miles) and Harpoon ship-to-ship missiles with a range of 130 kilometers. The purpose of its visit is to have its crew take a rest and replenish supplies, a military official here said, declining to be named. [YONHAP]