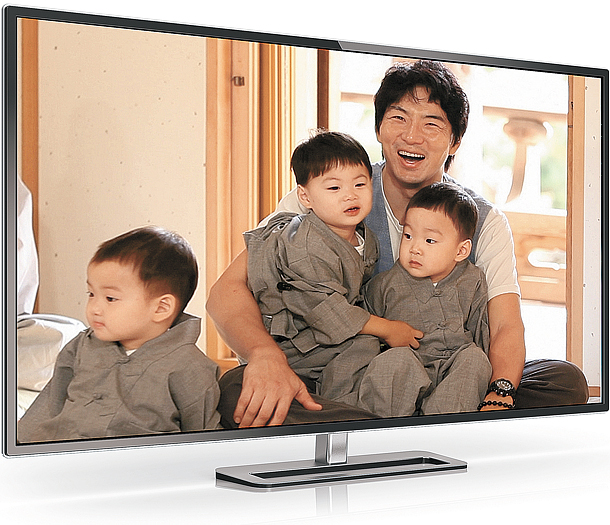 Actor Song Il-kook and his triplets featured on “The Return of Superman.” [KBS2]

The definition of family entertainment television has expanded over the last few months.

But amid the fading popularity of these child rearing shows, which at one point dominated every channel, a number of reality programs have started shifting the attention to the parents of celebrities. 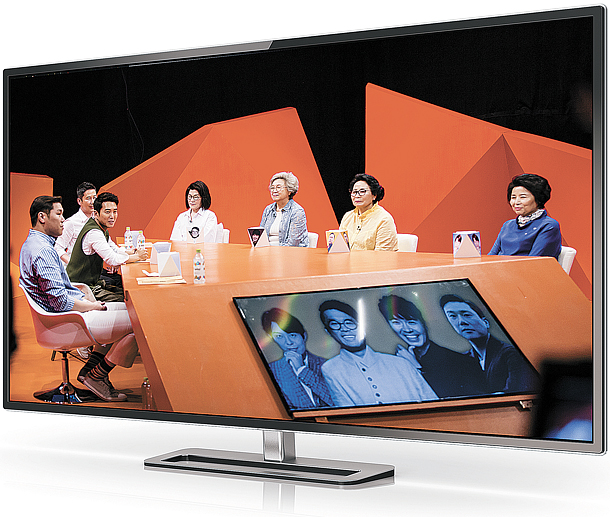 “Mom’s Diary, My Ugly Duckling” is a family show that features celebrities and their mothers. [SBS]

One of the most well-received shows is SBS’s “Mom’s Diary, My Ugly Duckling” (2016-present). The show’s pilot aired in August, and was immediately met with a positive response from viewers.

The show features the daily routines of unmarried, middle-aged male celebrities like entertainer Park Soo-hong, 46, and singer Kim Gun-mo, 49, while simultaneously delivering the reactions of stars’ mothers while they watch footage of their son performing daily routines.

The majority of the mothers are older than 70, and they have certainly played a crucial role in the show recording the highest ratings amongst all other shows that air at the same time. The show has an average 18.1 percent viewership rate, according to market research firm TNMS.

“Though I sometimes find it uncomfortable when a mother becomes too protective of her son, I find the old ladies’ straightforward remarks very funny. It makes me wonder how they can be so bold and speak whatever comes to mind,” a 25-year-old female viewer said.

The mothers’ sharp, yet honest criticisms after discovering the bizarre and unknown aspects of their sons often bring the laughs. Additionally, the unconditional love that mothers show toward their sons, arouses sympathy from some viewers.

“Now, there are lots of programs like “Youn’s Kitchen” (starring veteran actress Youn Yuh-jung, 69, and actor Shin Goo, 80) that involve senior citizens. Though we live in the same era as with these older generations, we have very different thoughts, which younger viewers oftentimes think are very strange yet funny.”

Hwang added, “These programs could function as a bridge between the chasm between people of different generations.”

“Father and I” centered on fathers and sons travelling together to locations like Hawaii and Laos. Each father-son duo had to rely only on each other and oftentimes brought about awkward moments, which reminded some viewers of their relationship with their father.

“Go Meet Parents” encouraged busy celebrities to visit their parents once every two weeks, and “In-laws Becoming Friends” aimed to break down the awkwardness between a celebrity’s parents and their in-laws by pushing them to intentionally spend time together.

Though not many, there are a few female-centered family shows like TV Chosun’s “Myeoneuri Mosigi” (2017-present), which translates into “Attending Daughter-in-law” in Korean. The show features three women choosing their mother-in-law out of five competing candidates.

The newly-launched KBS Drama show “Blind Date for Mom,” which aired its first episode two weeks ago, is another female-centered family show. While the purpose of “Blind Date for Mom” is to help a celebrity’s single mother find a partner, the core focus of the program is showing the mother and daughter spending time together to form a stronger bond. It stars television personality Seo Yu-ri, actress Lee Mi-so and singer Mina.

According to Hwang, it is natural that there are only a few female-centered family variety shows because of the high demands that society puts on women.

“For men, not being perfect - whether they drink all night, don’t shower - can be easily forgiven. But for women, every little flaw becomes the talk of the town, which is why it is difficult for female celebrities to expose their private lives on TV,” Hwang said.

Though these parent-centered programs are different from child-rearing shows, the two are very similar in the sense that they are both types of family show, according to cultural critic Lee Taek-gwang, a professor of American Studies at Kyung-hee University.

“Variety shows featuring celebrities’ parents are also part of the family show genre, which is like any other heart-moving family drama that is [particularly] well-received in Korea,” Lee said.

“The extension of such family drama from children to parents shows the exhaustion of material in the entertainment industry.”