Absurd generosity of the KTO

Absurd generosity of the KTO 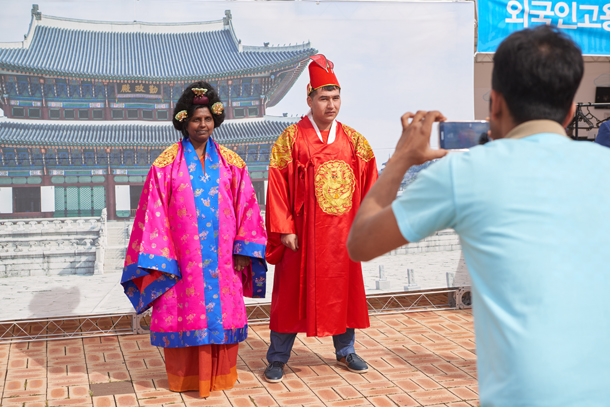 Last month, the high-end luxury tour program by the Four Seasons Hotel was the talk of the town in restaurants and hospitality industry. 32 wealthy tourists from North America, Europe and the Middle East paid 155 million won ($135,000) for a three-week culinary discoveries tour on Four Seasons Hotel’s private jet. Since 2014, the luxury hotel chain has been offering the tour for the super-rich, and it was the first time that Seoul was included in the itinerary.

Naturally, the Four Seasons Seoul made an effort to promote the tour in time for the group’s stay in Seoul, from May 27 to 29. But the Korea Tourism Organization sent a press release titled, “Qualitative Improvement of Korean Tourism Market and Four Seasons Hotel Tour Product’s Stay in Korea.” It sounds like the Korea Tourism Organization attracted high-end travelers to Seoul. But, in actuality, the KTO only joined what the Four Seasons tour program already had in place.

Of course, it wasn’t a free ride. The Korea Tourism Organization spent 12 million won from its budget to provide access to the Biwon of Changdeok Palace on a weekday evening, when it is closed to the public, and offered a banquet and refreshments. Strictly speaking, taxpayers’ money was spent to treat 32 tourists who had paid over 100 million won per person to tour nine cities, including Seoul. The KTO claims that a similar amount was spent from the budget for events for foreign diplomats and media.

It is quite strange. Events that invite foreign diplomats and members of the media have clear purposes — improving relations or promotion. What do we get from offering free events to the rich foreigners who already paid a huge sum for the tour package? They believe that the refreshment at Biwon was included in the tour program they had paid for, and no media access was provided for the event.

Rather than spending taxpayers’ money to promote country’s tourism and attract tourists, the KTO is promoting itself to take credit. It is supposed to be a culinary discoveries tour, but it does not mention major restaurants in Seoul that the group visited. The Four Seasons Hotel Seoul does not allow the restaurants to be named, as they are in competition with the hotel.

The absurd generosity of the KTO makes me worry how much taxpayers’ money is wasted. The Immigrations Office and Incheon International Airport Corporation already cooperated for smooth entry and departures of the VVIP tourists, and the Cultural Heritage Administration provided special access to a strictly restricted part of the rear garden in the palace. This would have been enough to create and promote high-end tourism. Why was extra needed?

*The author is the lifestyle news editor of the JoongAng Ilbo.