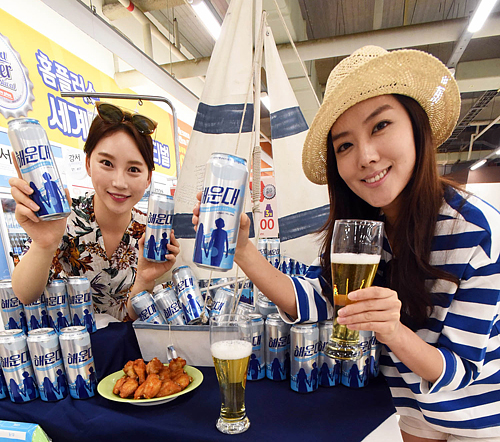 Discount chain Homeplus launches sales of Korea Craft Brewery’s Haeundae Beach Ale on Wednesday at its Deungchon-dong branch in western Seoul. The craft beer named after Haeundae Beach in Busan has 4.2 percent alcohol content and pineapple flavoring. It will be sold at Homeplus Korea’s 142 branches. [YONHAP]