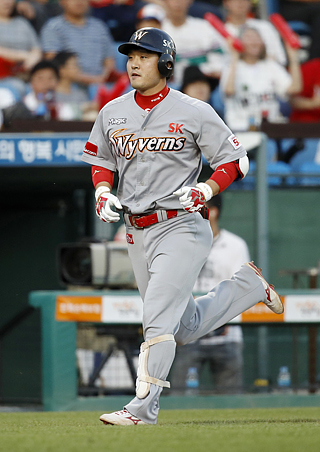 The SK Wyverns will be traveling to Seoul for their weekend series against the LG Twins.

The Wyverns’ stayed strong in their batting lineup as Choi Jeong and Han Dong-min leads the KBO’s number of home runs. After their game against the Nexen Heroes on Wednesday, the Wyverns’ achieved their 100th home run in 57 games. This places the Wyverns second in the number of games played to achieve 100 home runs after the Hyundai Unicorns in 2000, who did it in only 49 games.

Unlike the Wyverns, the Twins’ weakness is in their batting lineup. In batting average and average runs scored per game, they are ranked towards the bottom of the league.

Looking at the two team’s records this season, the Wyverns are well ahead with four wins and two losses. The two teams will be playing over the weekend at 5:00 p.m. on Saturday and Sunday. 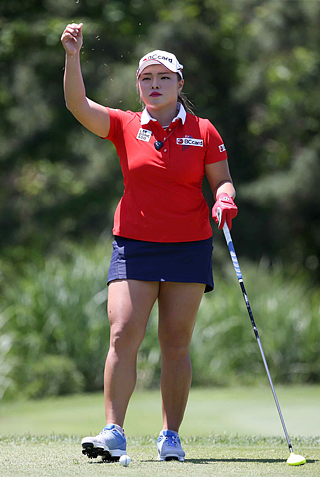 The KLPGA tour continues another week in Jeju and the tournament will have a competitive field.

After a great come-from-behind victory, Kim Ji-hyun hopes to sweep the KLPGA tour’s Jeju Series. Last weekend, during the Lotte Cantata Women’s Open, Kim had a miraculous win against Kim Hyun-soo on the final hole to capture her third KLPGA tour victory.

Jang Ha-na also returns with the hope of winning her first KLPGA tour event of the season. For Jang, she’ll have to finish within 60th on the KLPGA tour’s money list at the end of the season to secure her seed for next year. Last weekend, Jang put herself in a great position for a victory but it slipped away with a poor round on the last day, causing her to drop to ninth. This is Jang’s first time in four years to play in the event.

And finally, Seong Eun-jeong, one of the amateur players in the field, will be competing this weekend under invitation. Seong comes from a great amateur achievement, winning both the U.S. Junior Girls Championship and the U.S. Women’s Amateur in a same calendar year, in 2016. Not only that, with Seong’s victory at the 2016 U.S. Junior Girls Championship, she became the third player to win the event for two consecutive years. Aside from amateur tournaments, Seong has also made herself known to the world of golf from playing on LPGA and KLPGA tour events as an amateur.