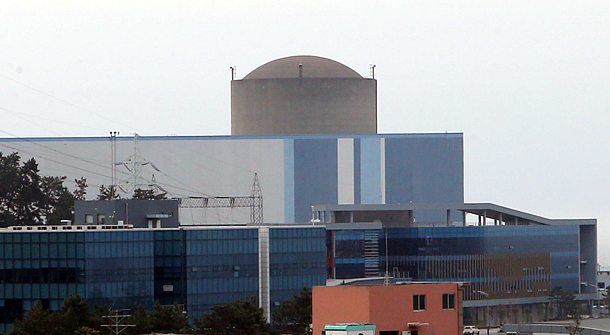 The Nuclear Safety and Security Commission held a meeting on Friday at Gwanghwamun, central Seoul, and agreed to decommission the nuclear plant in Gijang County, Busan. The reactor will be the first plant to be officially shut down in Korean history.

The operation of the reactor will be suspended on June 19. Its disassembly will begin in 2022, after Korea Hydro & Nuclear Power Co. completes the transfer and storage of the nuclear fuel there. The Korea Institute of Nuclear Safety (KINS) suggested that Kori-1’s cooling system be reinforced before transferring the fuel.

Kori-1 is Korea’s first nuclear reactor. Its construction began in 1971 before starting operation for commercial purposes in April 1978. The initial lifespan of the plant was set at 30 years but the government decided in December 2007 to extend its operation another decade.

Nuclear power plants in the South Gyeongsang region, including Kori-1, repeatedly came under scrutiny, especially since Kori-1’s operation was renewed. A blackout at Kori-1 in 2012 raised the concern that the plant might be unstable.

During the 10-minute blackout, the emergency diesel generators failed to work and the fuel and coolant overheated. Had the blackout lasted any longer, some experts say that it could have led to a meltdown akin to that of Fukushima in 2011. The International Atomic Energy Agency dispatched a team of safety experts to inspect the reactor. The team found some faults, including “an inability to counter the errors in handling the station blackout event and subsequent leadership failures in communication and reporting,” according to their report. They added that the plant’s “internal oversight system failed to reveal the station blackout event.”

Kori-1 came under fire again last year after the earthquake in Gyeongju in September. Due to the age of the plants, locals became worried that the plants might not be able to withstand another strong tremor, and could expose them to nuclear contamination.

KINS will conduct a series of tests before starting the disassembly process in 2022. After the disassembly begins, it will take another 10 to 15 years until the reactor is completely taken apart.