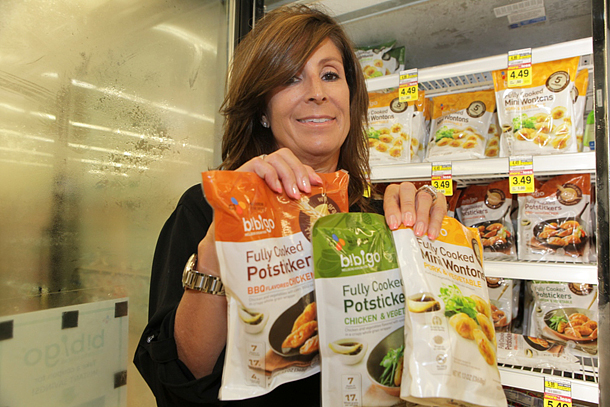 Frozen food is going through steady growth in many parts of the world. The global frozen food market is expected to grow 6 percent annually for the next five years, according to a May report from Ireland-based Research and Markets.

Among the items in the sector, frozen dumplings, called mandu in Korea, are one potential market for Korean food manufacturers.

Based in St. Petersburg, Ravioli is famous for frozen pelmeni, or Russian dumplings, which raked in 45 billion won in sales last year. CJ purchased 100 percent stake in Ravioli worth around 30 billion won. The company will start production of its flagship frozen dumplings, Bibigo Wanggyoja, at the Russian facilities next year.

The acquisition establishes a foothold into the Russian frozen food market, which is worth 4 trillion won. Frozen dumplings are 1.5 trillion won of that pie and is still growing at an average rate of 13 percent a year, in line with the growing demand for easy-to-cook food among busy city dwellers.

“We spotted a similar eating culture there for dumplings and thought the acquisition would create a positive synergy effect - with their facilities and our manufacturing know-how” said a company spokesman.

Ravioli’s base in the port city of St. Petersburg touches the Baltic Sea, which may open export routes to European countries and the Commonwealth of Independent States.

First released in Korea in 2013, CJ CheilJedang’s Bibigo dumplings gained success by positioning itself as “premium” - a daring move considering the industry was tainted from media coverage in 2004 that accused a dumpling stuffing manufacturer of using leftover ingredients in its products that were sold to other instant dumpling makers. The attempt turned out to be a success - CJ’s Bibigo was the industry’s No. 1 seller last year, with a 40 percent market share.

CJ CheilJedang has been strongly pushing its Bibigo dumplings abroad, starting in the U.S. and China, generating 108 billion won and 23 billion won in the respective markets last year. Its dumplings are produced in both countries, as well as Germany and Vietnam.

In January, the company unveiled global plans for its flagship dumplings to raise sales by 1 trillion won by 2020, among which 70 percent will come from the foreign market.

Some say this is too ambitious a goal with such a simple item. However, frozen dumplings are an export product cited to have one of the biggest potential for Korean companies in the global frozen food market. Competitors Haitai Confectionery and Dongwon F&B, second and third in the domestic market, are also sending their product overseas but their proportions remain small, mainly markets in countries with many Korean residents like the U.S. and Japan.

The global market for frozen dumplings was estimated to be about 5.7 trillion won last year, with an average annual growth rate of 3 percent. Dumplings exist in many parts of the world, in various forms and names.

China is an important market. Its frozen food market was $1.1 trillion in size as of 2015 and among that share, steamed dumplings accounted for a large percentage.

“Chinese consumers tend to prefer foreign companies’ frozen food products because they tend to have concerns on excessive food additives used by local manufacturers,” said Lee Hyung-jik, an official at the Korea Trade Investment Promotion Agency, at its Guangzhou office in China.

The state-run agency also cited Germany and Russia as potentially lucrative markets. A report from the Frankfurt office said that frozen dumplings, which started distribution in Germany via Asian markets, had been placed in German retailers starting three or four years ago. “Korean dumplings turned out to cater well to German tastes and the increased awareness of Asian food in general also contributed,” said the report.

“Features of Korean dumplings are its thin flour skin and fillings combining meat, vegetables and noodles,” said a CJ CheilJedang spokesman. “Many foreign dumplings like pelmeni have thick skin and mostly only consist of meat. The Korean version is lighter, which also fits well with the global well-being trend.”