Korean filters to be used in Egypt

Korean filters to be used in Egypt 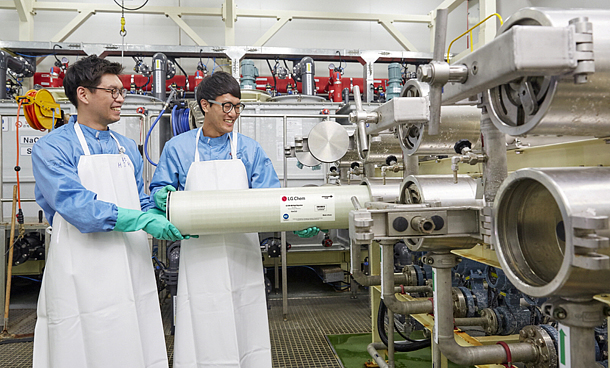 LG Chem announced Sunday that it has been chosen to provide filters for Egypt’s largest project to turn sea water into fresh water.

The chemical company said it has been chosen as the sole supplier of Reverse Osmosis membranes to a 300,000-ton capacity seawater desalination plant which Metito, a global water treatment company, will build in El Galalah and Port Said in Egypt. Reverse osmosis is a process that removes solids such as salt from water.

“It is the largest desalination plant in the country, and can provide fresh water to about 2 million people a day,” the company said in a press release on Sunday. “LG Chem is scheduled to supply Reverse Osmosis membranes from the second half of this year.”

The chemical company added that it was able to win the contract because its counterparts thought highly of its ability to remove 99.85 percent of salts from the water - the world’s best capability. Additionally, its technologies are more energy efficient than products produced by its competitors. 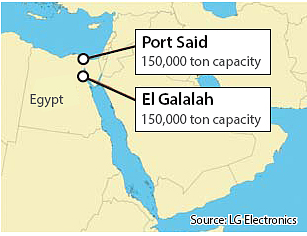 “Salt concentration and water temperature in the Red Sea area including El Galalah are the highest in the world, requiring Reverse Osmosis membranes to satisfy difficult condition,” the press release said. “But LG Chem’s membranes are 25 percent superior to competitors in terms of filtered water quality. They also save much energy.”

LG Chem has been expanding its businesses globally through its Reverse Osmosis membranes. Last year, the company won an order from a 250,000-ton capacity plant in Oman and said that the two contracts brought LG Chem closer to leading the global market.

The chemical company has supplied its products to many global companies, including Coca-Cola and Panasonic and is raising its global competitiveness, LG said.

“We will provide our global customers with differentiated value by utilizing our worldwide sales and technical support network of more than 16 countries,” said Jeong Cheol-dong, President of LG Chem’s IT&E Materials CO. “We will also take the initiative in the global market with bold and proactive investments.”