Tradition of crafts handed to next generation

Tradition of crafts handed to next generation 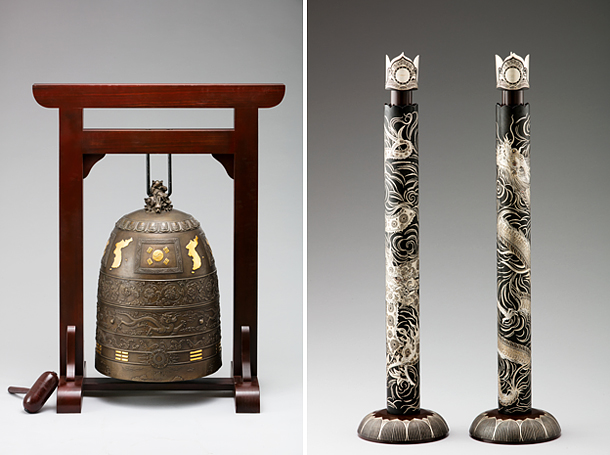 While technological advancements have changed the way we use our hands, we employ them more frequently than at any other stage in human history. Whether we are clicking and chatting, scrolling and swiping, our hands are constantly kept busy. Used more now as a communicative tool to serve a means to an end, our hands rarely complete tasks with the kind of agency or even skill once employed in the past. This decline in dexterity once predicted the end for traditional handicrafts.

But that didn’t happen.

One reason for this is that globalization has homogenized cultures to such an extent that our rage against the machines is a final act of protest to protect what is unique, unusual and different. Another reason could be one borne out of the in-vogue concept of dematerialization where it is no longer the object itself which matters most, but rather the transmission of skills and knowledge and the memories embedded in them.

In South Korea, too, traditional handicrafts carry the salient memories of the masters, which in their tangible forms, are to be viewed as manifestations of labor and love, harmony and symmetry. For instance, when we look at a handmade lacquered circle-shaped tray inlaid with mother-of-pearl, what we see are generations of masters’ hands first driven by the object’s practical function, then later by its aesthetics.

So revered were these great masters of the past that when South Korea emerged from decades of Japanese colonization (1910-45) and war, the government quickly sought to protect the new nation’s intangible cultural heritage, defining it as expressions of artistic activity and technique. With the identification and registration of intangible cultural heritage, individuals became authorized masters, obligated to maintain and preserve their traditional culture.

As a consequence, traditional handicraft exhibitions and art expos have been largely centered on master title-holders or their senior assistants, with few opportunities for graduate students to display their work. To bridge this gap, the National Intangible Heritage Center, Jeonju is currently hosting an exhibition which not only recognizes graduate students as highly skilled artisans, but also serves to highlight the successful transmission of craftsmanship to the next generation.

“Graduate students form the largest group of highly skilled practitioners of traditional handicrafts,” says Kang Kyung-hwan, Director-General of the National Intangible Heritage Center. “With their bare hands and traditional tools, they are sustaining our cultural traditions.”

“From Hands to Hands: Handing down the Tradition” features 50 traditional handicrafts by graduates, all of whom have received rigorous training under a master designated by the government to maintain and pass on their knowledge and skills.

Jo Suk-mi’s woven bamboo screen immediately ignites poetic inspiration. Her translucent blinds, designed to reduce heat and light while allowing air to circulate, transforms into an astonishing piece of decorative artwork, revealing an intricate yet barely perceptible tortoiseshell pattern. Kim Sun-jeong’s pair of silver and gold inlaid candlesticks has us boldly pondering on the traditional wisdom reflected by her dragon design. Loosely coiled around her objects, both dragons appear to be floating in darkness toward an iridescent ball, working as an elegant expression of the soul’s journey toward enlightenment.

For Weon Cheon-su, who specializes in jucheoljang, or the art of traditional metal casting, the spirit and traditional function of the Buddhist temple bell holds more relevance than ever in current times of uncertainty. Combining traditional Buddhist motifs with symbols of the national flag including a map of the Korean peninsula, his message of hope regarding reunification resonates loud and clear.

“As a symbol of peace, this bell reverberates compassion and goodwill, and a momentary end to suffering,” says Weon. “My hope for the future is that we are reunited as one people. This is my great hope for Korea.”

The exhibition is a journey through Korea’s rich traditional handicraft heritage, with the future very much in mind. Although the temptation to touch these objects runs high, this is one of the few places where our busy hands can take a rest for a while. In letting our eyes do all the work, we can connect the hands of mastery from the pre-Three Kingdoms period with those belonging to the current generation, while taking time to marvel at these inherited, unbroken traditions.

“From Hands to Hands: Handing down the Tradition” runs at the National Intangible Heritage Center, Jeonju until Oct. 8. Admission is free.