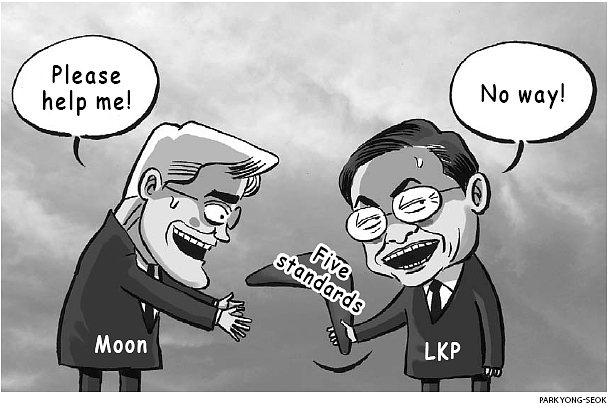 The five ethical standards President Moon Jae-in promised to apply in his appointments of top government officials boomeranged as the opposition Liberty Korea Party on Monday refused to approve his nominations for three key positions, including foreign minister, citing the same standards as presented by the president.