Kim Ok-bin takes the lead in ‘The Villainess’ : Female-led action flick was surprise hit at Cannes

Kim Ok-bin takes the lead in ‘The Villainess’ : Female-led action flick was surprise hit at Cannes 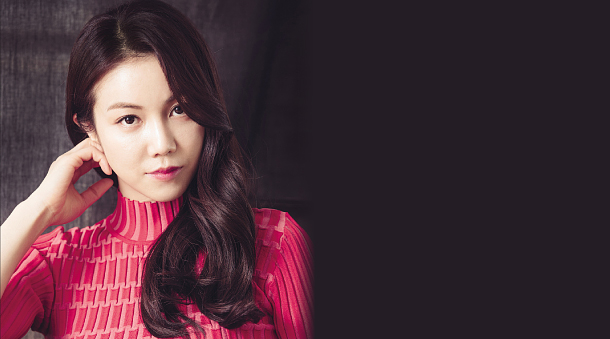 Actress Kim Ok-bin, 30, was lauded for her work in her actions scenes in “The Villainess” when the film was screened at the 70th Cannes Film Festival last month. Though it may have not been the most highly anticipated film at Cannes, requests for press interviews with Kim poured in after the film’s opening at the Midnight Screening section.

Directed by stunt man-turned-filmmaker Jeong Byeong-gil, “The Villainess” is one of the few rare female-centered action films in Korea, placing Kim at the forefront as the beautiful assassin Suk-hui who gets a second lease on life after the South Korean intelligence agency recruits her to be a sleeper agent.

After completing her schedule at Cannes and ahead of the movie’s release in Korea last week, Kim sat for an interview with Magazine M, an affiliate of the Korea JoongAng Daily, to discuss her role in the movie, in which she co-stars with Shin Ha-kyun, Kim Seo-hyeong and Sung Jun.

“The fact that I know that I did my best has given me a sense of accomplishment and satisfaction. [The experience] has made me feel more valuable about my self,” said Kim. 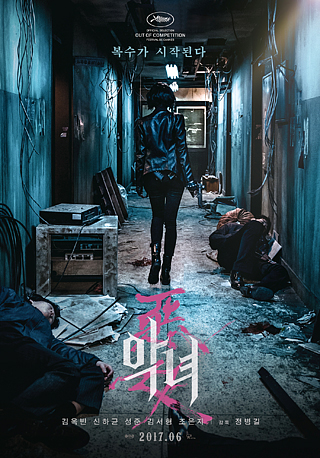 Actress Kim Ok-bin plays a killer named Suk-hui in “The Villainess,” which was invited to the Cannes Film Festival last month. [NEXT ENTERTAINMENT WORLD]

Q. How does it feel to stand on the red carpet?

A. When it comes to a movie, you feel like a real star when you step outside a theater (laughs). [Walking the red carpet] felt extremely good. It felt so good that I wished that the moment would never end.

It was your second time visiting Cannes after being invited in 2009 for your role in Park Chan-wook’s “Thirst.” How did it feel to be back?

Back then, I was too young, so I just slept all day due to the great time difference [between Korea and France]. But this time, I was determined to [enjoy the atmosphere, and] save every [experience] in my memory. Whenever I had time, I went out to the sea. The time I spent mellowing out on the terrace, observing the emerald-colored sea, are moments I will never forget.

“The Villainess” is one of the rare female-centered movies. How did you feel when you were offered the role?

I was very happy. I like exercising, so while regularly working out, I had thought to myself ‘maybe this could someday become useful in a movie.’ I was thrilled when I was offered to play a role in a female-centered action film by director Jeong, who is known for his action films. I admire his determination to place a woman at the center of an action film. So I was very determined to do my best.

Suk-hui is living a miserable life. She only lives for revenge. How did you pull off the role?

I had hoped for her desperate feelings to be revealed through her intense actions. For each action scene, I mulled over how [desperate or miserable] Suk-hui would feel. Since it is a very action-packed movie, there were quite a number of empty gaps in the script when it comes to the motivations behind Suk-hui’s actions. So I acted while imagining how Suk-hui would feel [while taking on revenge]. The more I thought about Suk-hui, the more I believed that she is a kind and innocent figure. The reason the character cruelly stabs and points guns at others is because the situation forces her to act that way.

In the film, Suk-hui chooses to become an actress to hide her identity as a member of the South Korean intelligence agency, citing she can be “a different person [on stage].” Why do you act?

Acting makes me feel alive. People want to confirm their existence through something, which is the reason they wish to belong somewhere like family or a group. For me, I think I learn, at least a little bit, about the reason I was born when I act. It’s not like I have a big dream [about acting], but [I love acting because] I truly feel I am alive when acting, and I love that feeling.